A genetically engineered vaccine has been found effective in removing high-grade pre-cancerous cervical lesions in nearly one-half of women who received the vaccine in a clinical trial. 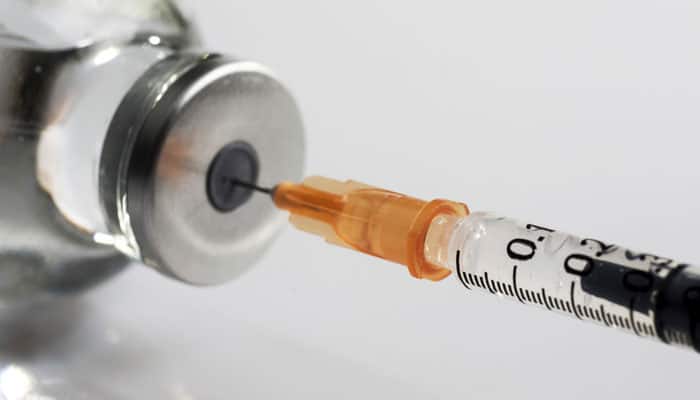 New York: A genetically engineered vaccine has been found effective in removing high-grade pre-cancerous cervical lesions in nearly one-half of women who received the vaccine in a clinical trial.

"A vaccine able to cure pre-cancerous lesions could eventually be one way women can avoid surgery that is invasive and can also harm their fertility," said study first author Cornelia Trimble, professor at Johns Hopkins University School of Medicine in Baltimore, US.

Currently,tissue abnormalities that can develop into cancer are usually removed by surgery, freezing or laser.

For the study, the scientists used a vaccine which is engineered to teach immune system cells to recognise pre-cancerous and cancerous cells.

Those cells are coated with proteins linked to an infection with two strains of Human papillomavirus (HPV) -- 16 and 18 -- that cause cervical cancer.

The vaccine, given by injection into the arm, was made by US-based Inovio Pharmaceuticals Inc.

Between 2011 and 2013, the scientists recruited 167 women, ages 18 to 55, with newly diagnosed, high-grade pre-cancerous cervical lesions.

The women were randomly assigned to receive either three doses of the vaccine or saline injections over a 12-week period at 36 hospitals and private gynecology practices in the US and six other countries.

Of 114 women who received at least one vaccine dose, 55 (48.2 percent) had a regression of their pre-cancerous lesion, meaning their lesions disappeared or converted to low-grade lesions, compared with 12 of 40 (30 percent) who received saline injections.

Among women who completed all three injections, scientists could find no trace of HPV in the cervixes of 56 of the 107 women who received the vaccine, compared with only nine of 35 saline recipients.

"In many of these women, the vaccine not only made their lesions disappear, but it also cleared the virus from their cervix," Trimble said.

"In most unvaccinated patients whose lesions went away, the virus was still present, and many still had low-grade lesions," Trimble noted.

"We showed that the vaccine may enable an immune response in a person whose immune system was initially not adequately engaged or was hampered in some way so as to let the lesion occur," Trimble said.

The findings appeared online in the journal The Lancet.

Beware! Smoking can make you diabetic