After Russia, UK, China, US puts India on 'hotline'

The hotlines or secure lines of communication between Prime Minister Narendra Modi and US President Barack Obama and their national security advisers have recently become operational, though it has not been put to use during its short lifespan so far. 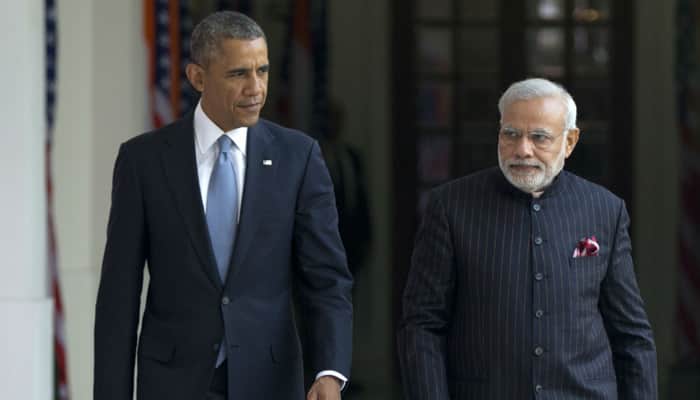 Washington: The hotlines or secure lines of communication between Prime Minister Narendra Modi and US President Barack Obama and their national security advisers have recently become operational, though it has not been put to use during its short lifespan so far.

"It (hotline has) just recently been established," Peter R Lavoy, Special Assistant to US President and Senior Director for South Asian Affairs at the National Security Council of the White House, told PTI.

"It (hotline) has not been used so far," he said when asked if the two leaders have used this latest tool of secure communication.

The decision regarding Obama-Modi hotline was made during Obamas' historic visit to New Delhi to attend Republic Day on January 26, as its chief guest.

"Hotline has connotation of some crisis management phone or system that was used during the cold war to defuse crisis. That's not what we have," Lavoy explained.

"This is a secure line between two very very close partners so that they can exchange views at the heads of state level...Exchange views and co-ordinate approaches to solving real problems," said the top White House official.

With this India becomes only the fourth country - after Russia, Great Britain and China - with which the US has a hotline.

For India this is the first hotline at the level of head of state.

In 2004, India and Pakistan agreed to establish hotlines at the level of foreign secretaries, and in 2010 New Delhi and Beijing announced to establish a hotline at the foreign minister level.

According to publicly available information the hotline between India and Pakistan was established with the help of US military.

India-China hotline is yet to become operational.

The establishment of hotline or secure line of communication between leaders of the two largest democracies of the world is part of efforts of Obama and Modi to increase the frequency of level of communication and frequent discussion between them on key bilateral, regional and global issues.

At a joint press meet with Obama in New Delhi on January 25, after their meeting, Modi said the two leaders have decided to give this critical partnership its due trust and sustained attention.

"For this, we have agreed that India and the United States must [have] regular summits at greater frequency. And we also established hotlines between myself and Barack and our national security advisers," Modi had told reporters at the Hyderabad House on January 25.

During their New Delhi meeting the two leaders also decided to meet frequently. The two are most likely to meet in New York late September when Modi comes to the US to attend the annual session of the United Nations General Assembly.