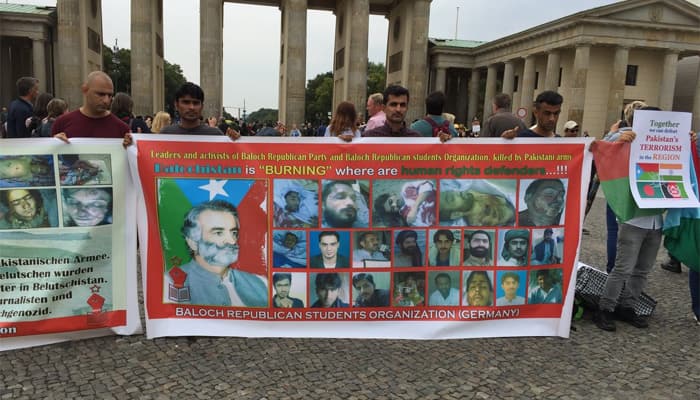 Geneva: Prime Minister Narendra Modi's efforts to corner Pakistan over the Balochistan issue seem to be yielding a positive outcome.

In a major development, Ryszard Czarnecki, the vice president of the European Parliament, on Friday had some strong words for Pakistan on the Balochistan issue.

While paying tribute to those killed in Balochistan, Czarnecki warned Islamabad of imposing economic and political sanctions on Pakistan if it fails to stop the atrocities on Baloch people.

“I told the European Union during our human rights debate that if our partner countries do not accept human rights and standards, in this situation we should react and seek sanctions like some moves in economic fields,” Czarnecki told ANI.

The EU's statement comes after Balochis and Indians held protests against Pakistan on Wednesday near the office of the United Nations in New York city.

Ever since Prime Minister Narendra Modi highlighted the human rights violations in Balochistan, several Baloch leaders living in exile have been aggressively advocating for freedom of the restive region from the clutches of Pakistan.

Also in a controversial move, Baloch nationalist leader Brahumdagh Bugti, president of Baloch Republican Party (BRP), which is seeking the independence of Balochistan, has applied for asylum in India.

Earlier, Banuk Shirin, claiming to a be a Baloch woman, tweeted heart-rending pictures of Pakistan Army's brutal killings in the Pakistani province.

Balochistan's representative at UNHRC has accused Pakistan of committing war crimes against Baloch people and urged the international community to penalise Islamabad for its alleged human rights violations in the Baloch and Sindh regions.

Recently, a Baloch woman, who refused to be identified exposed Pakistan's atrocities in the restive area, claimed that the Pak forces have rape cell, where women are confined and subjected to brutal sexual assault.

The woman said Pakistan uses tanks and fighter jets to silence their call for freedom.

Pakistan's illegal occupation of Balochistan has gained international attention after Prime Minster Narendra Modi mentioned about the struggle of Balochi people during his Independence Day speech from the ramparts of Red Fort on August 15.