The Rajya Sabha on Wednesday witnessed ruckus during debate over the AgustaWestland deal, where an Italian court has named some senior politicians, bureaucrats and Indian Air Force officials. 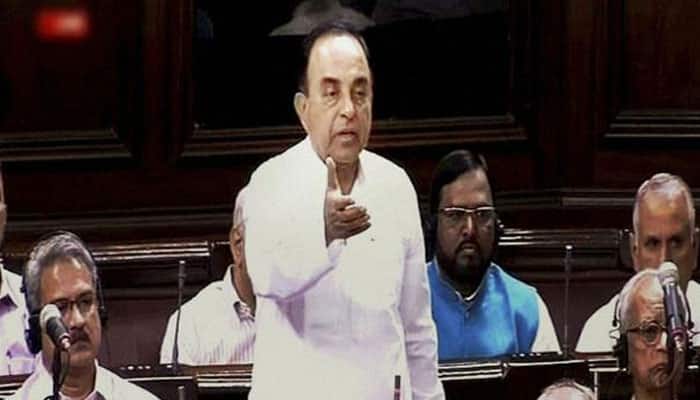 New Delhi: The Rajya Sabha on Wednesday witnessed ruckus during debate over the AgustaWestland deal, where an Italian court has named some senior politicians, bureaucrats and Indian Air Force officials.

1. True that NDA had initiated process for buying 8 new choppers to replace 6 old choppers which were purchased in 1998

2. The objective was that VVIPs should be able to fly to remote areas such as Siachen and north-east and therefore ought to fly at heights above 6000 metres and should be out range of shoulder rockets.

3. Cabin height was deliberately made 1.80 meters so that only AgustaWestland can remain in the race to win contract. It's a clear case of corruption and action should be initiated. People who lowered height was not NDA. That was lowered because it was found that present choice that we’ve made of AgustaWestland cannot fly beyond 4500 metres.

4. Original proposal was to buy 8 helicopters, after it became clear that AgustaWestland was only 1 to qualify, they decided to buy 4 more.

5. AgustaWestland was blacklisted by NDA government, not by UPA. Ghulam Nabi Azad made a wrong statement in the Parliament.

6. They didn't use AW101 aircraft (which was to be bought) for field trials but used some other helicopter, which is fraud in its itself.

7. It's clear that there was corruption in the deal. It is clear that bribe was taken. It cannot be that only one person in the Air Force was involved. The Italian court judgement said servicemen, workers, politicians were involved too.

8. Manmohan Singh should answer why the Italian court was denied document for investigation into the AgustWestland deal.

9. Person, who has been described as the 'driving force' behind the AgustaWestland scam, should also be probed. The Italian Court's judgement also names a person AP, secretary of a political party. If I name the person whose political advisor is AP, then you (Speaker) will expunge it from the records.

10. What is the connection of Christian Michel, the alleged middleman in AgustaWestland deal, with the political party.

NEET 2016: From schedule to state governments' position to results announcement - All you need to know