Sri Lankan President Maithripala Sirisena in India: As it happened on Monday

Sri Lankan President Maithripala Sirisena, who is on a four-day visit to India, met Prime Minister Narendra Modi here on Monday. Both addressed a joint press conference after bilateral talks. 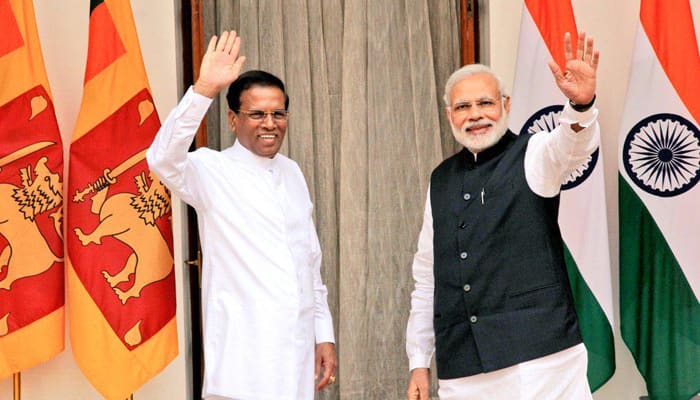 On his maiden foreign trip after assuming office, Sirisena, who arrived here yesterday on a four-day visit, also held comprehensive discussions with the Prime Minister on ways to enhance economic ties.

The four pacts which were discussed include those on civil nuclear cooperation, culture and agriculture.

The issue of peace and reconciliation process in the island nation was discussed during the meeting spread over a working lunch, hosted by Modi.

According to presidential advisors in Colombo, 63-year -old Sirisena, who had dethroned Mahinda Rajapaksa from his 10-year rule after a bitter Presidential poll on January 9, was desirous of making a new beginning in the Indo-Lanka relations.

India has been hoping that the new Lankan government will develop the country on the "foundation of genuine and effective reconciliation" creating harmony among all sections there.

India has also been pressing for implementation of 13th amendment to the Sri Lankan Constitution on devolution of powers.