ISIS horror: 19 women killed for 'refusing to have sex with militants'

In yet another barbaric act, terror group Islamic State of Iraq and Syria (ISIS) killed 19 women for refusing to 'have sex with militants'. 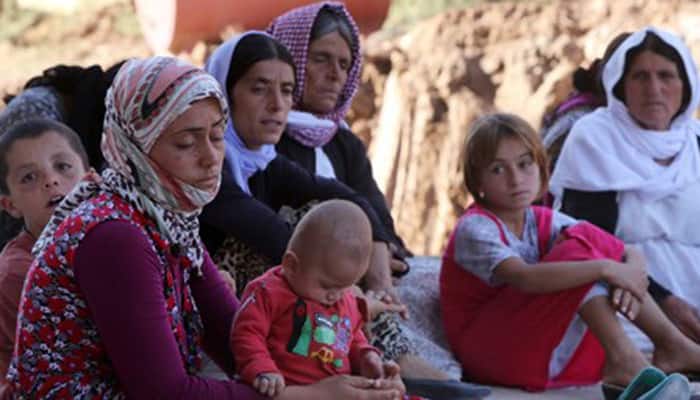 Baghdad: In yet another barbaric act, terror group Islamic State of Iraq and Syria (ISIS) killed 19 women for refusing to 'have sex with militants'.

According to a report in the Daily Mail, the women were being held captive in ISIS-stronghold of Mosul, Iraq, and had refused to practice 'sexual jihad'.

It is yet to be ascertained whether those executed were captive Yazidi women.

In a recent report in The Bloomberg, UN envoy Zainab Bangura had claimed that ISIS maintains a price list for captured women and children.

She added that kids, as young as one-year-old, fetch the highest price, while girls over 20 years are sold for lesser price.

In a similar incident last year, the terror group had reportedly beheaded over 100 women, some pregnant, for refusing to marry the militants.

In yet another video released last year, ISIS militants were seen bargaining in a 'sex slave market' for captive Yazidi girls.

Tags:
Islamic State of Iraq and SyriaISISSex slave
Next
Story