Turkey on Sunday recalled its ambassador to the Vatican for consultations even as Prime Minister Ahmet Davutoglu lashed out at Pope Francis for "inappropriate" and "one-sided" comments after he used the word "genocide" to describe the massacres of Armenians by Ottoman forces during World War I. 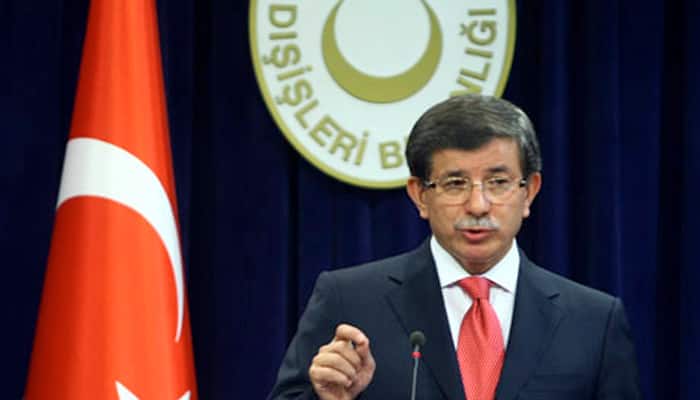 Istanbul: Turkey on Sunday recalled its ambassador to the Vatican for consultations as Prime Minister Ahmet Davutoglu lashed out at Pope Francis for "inappropriate" and "one-sided" comments after he used the word "genocide" to describe the massacres of Armenians by Ottoman forces during World War I.

"To read these sorrows in a one-sided way is inappropriate for the pope and the authority that he holds," Davutoglu said in televised comments as a diplomatic row escalated between Turkey and the Vatican.

"Our ambassador to the Vatican Mr Mehmet Pacaci is being recalled back to Turkey for consultations," the foreign ministry said in a statement after earlier summoning the Vatican`s envoy to Ankara to the ministry.

"In the past century our human family has lived through three massive and unprecedented tragedies," Pope Francis said during a solemn mass in Saint Peter`s Basilica to mark the centenary of the Ottoman Turk killings of Armenians.

"The first, which is widely considered `the first genocide of the 20th century`, struck your own Armenian people," he said, citing a statement signed by John Paul II and the Armenian patriarch in 2000.

While many historians describe the cull as the 20th century`s first genocide, Turkey hotly denies the accusation.

Armenians say up to 1.5 million of their kin were killed between 1915 and 1917 as the Ottoman Empire was falling apart, and have long sought to win international recognition of the massacres as genocide.

But Turkey rejects the claims, arguing that 300,000 to 500,000 Armenians and as many Turks died in civil strife when Armenians rose up against their Ottoman rulers and sided with invading Russian troops.

Francis said the other two genocides of the 20th century were "perpetrated by Nazism and Stalinism."

"And more recently there have been other mass killings, like those in Cambodia, Rwanda, Burundi and Bosnia. It seems that humanity is incapable of putting a halt to the shedding of innocent blood," he added.