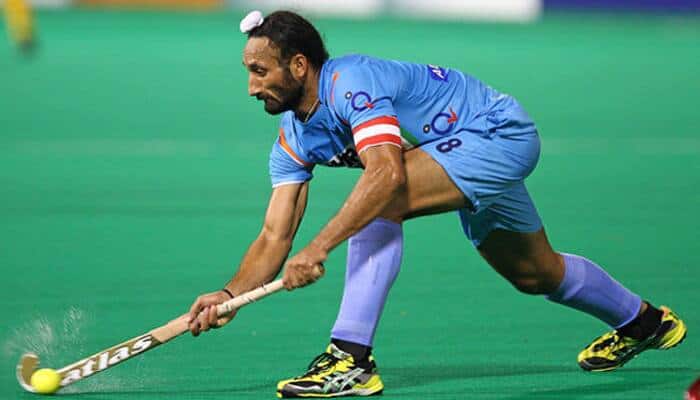 At a time when all the sporting activities across the world are at halt due to coronavirus pandemic, the sports personalities are finding different ways to pass their time. From spending some quality time with their family members to engaging in their favourite activities, the players are making the most of this forced break.

The 33-year-old posted a video in which he and his nephew could be seen washing their Range Rover car. Along with the video, Sardar said that he and his nephew are passing time by doing what they love the most, adding that this lockdown has allowed people to do so many things which they have been missing out.

"Some bonding time with my nephew and doing something we love doing together.This time is giving us the chance to do so many things we have been missing out on. Take good care of your cars as well. #StaySafe #StayHome," he wrote.

Some bonding time with my nephew and doing something we love doing together.This time is giving us the chance to do so many things we have been missing out on. Take good care of your cars as well. #StaySafe #StayHome pic.twitter.com/025ZUSQr1D

In September 2018, Sardar decided to call time on his illustrious career, saying that he had played enough in the past 12 years.

The former hockey captain made his international debut for India during their clash against arch-rivals Pakistan in 2006. Since then, Sardar has been a vital cog in the Indian team's midfield.

During his illustrious career, Sardar appeared in a total of 350 matches for India besides also leading the national side for eight long years from 2008 to 2016. He stepped down from the post in 2016 to hand over the role to PR Sreejesh.

Sardar, who also featured for the national side in two Olympics, was the youngest player to lead India when he captained the side during 2008 Sultan Azlan Shah Cup.

Sardar, who hails from Sirsa in Haryana, was also awarded with the prestigious Arjuna award in 2012 and Padma Shri in 2015.