Phil Mickelson thought we were media at first: Shubhankar Sharma

India's Shubhankar Sharma is experiencing it all at the WGC Mexico Championship. 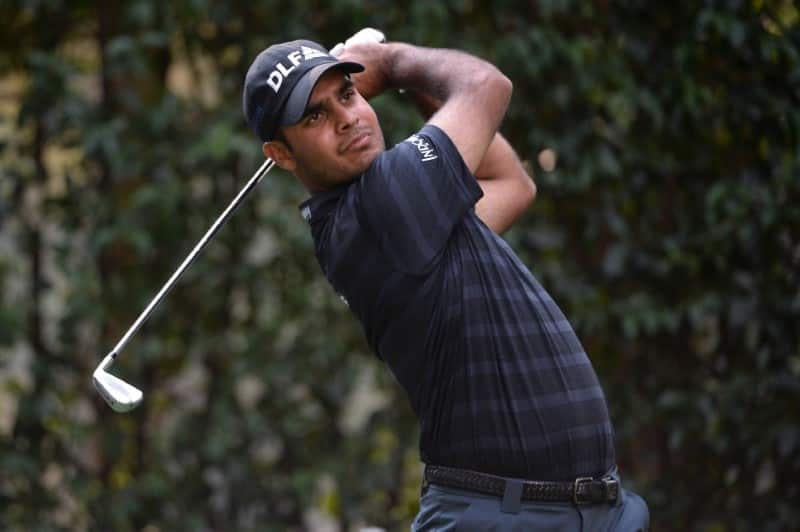 Mexico: From taking the golfing world by storm to being dismissed as a member of the media by an icon of the sport, India's Shubhankar Sharma is experiencing it all at the WGC Mexico Championship.

42-time PGA Tour winner Phil Mickelson dismissed Sharma as a member of the media when the 21-year-old Indian, who would stay up in the middle of the night to watch who are now legends to him, worked up the courage to introduce himself to the veteran American on the putting green.

"He thought we were media and he said, 'not right now, after the round'," Sharma said of the World Golf Hall of Famer.

Sharma survived some anxious moments to maintain his two-shot lead ahead of some of the biggest names such as Sergio Garcia, Dustin Johnson, and Jordan Spieth, apart from Mickelson.

Five-time major champion Mickelson will be up against the Indian in his first PGA Tour event - they will tee off in the final group along with Tyrrell Hatton at Club de Golf Chapultepec.The Indian birdied two of his first three holes yesterday and at one point doubled his overnight lead to four. Sharma made three bogeys in Round 3, and by the day's end he came in with a 2-under 69 and retained his two-shot lead.

Sharma, the Asian Tour Order of Merit leader whose European Tour wins this season at Johannesburg and the Maybank Championship have propelled him to number 75 in the world, is making his first start in an elite World Golf Championships event.

He's vying to break into the top 50 in time to earn a Masters berth.

With a win on Sunday, he would become the youngest player to win a WGC event, eclipsing the mark of Patrick Reed who won the 2014 WGC Mexico Championship at 23 years old.