Sonu Jaglan (15 points) and Rohit Gulia (11 points) secured Super 10s for Fortunegiants as Tamil Thalaivas once again failed to impress on the mat. 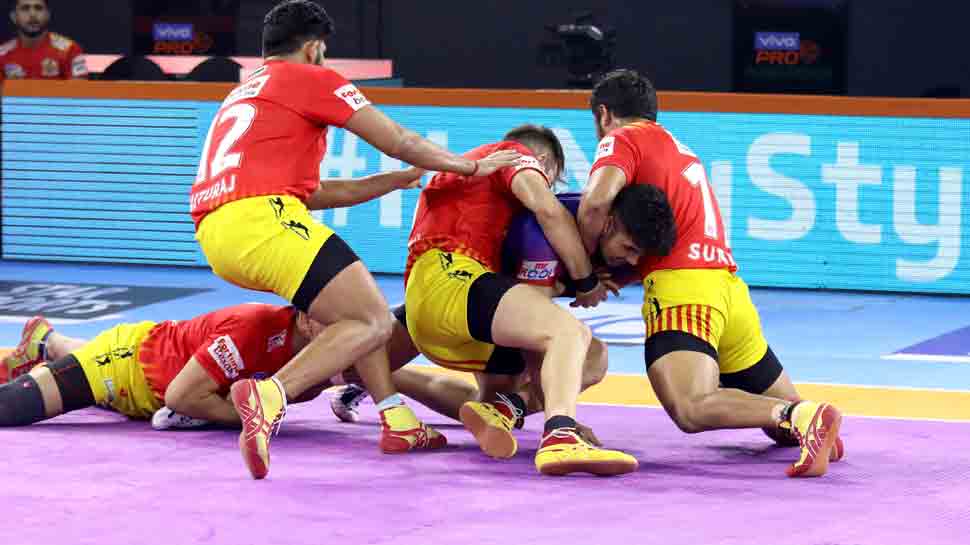 Sonu Jaglan (15 points) and Rohit Gulia (11 points) secured Super 10s for Fortunegiants as Tamil Thalaivas once again failed to impress on the mat. This was the third time that Thalaivas defence conceded 50 or more points in a match this season.

The first half was completely dominated by the Gujarat side, which came as no surprise considering the winless run of Thalaivas.

Manjeet Chhillar missed out from the starting line-up for Thalaivas, but the newcomers brought no change in fortunes for the star-studded team as they continued to leak points.

Fortunegiants secured their first All-Out on the 10th minute to open up a seven-point lead and it was cruise mode for them from thereon. The first half ended with the Gujarat side leading 20-9.

The second half turned out to be just like the first half with Thalaivas offering very little in defence and attack.

Sonu and Rohit raced to their Super 10s as Fortunegiants inflicted two All-Outs in quick succession (6th and 12th minute of the second half).

The Fortunegiants raiders and defenders continued to pick up points at will and crossed the 50-point mark in the last minute to secure a comprehensive win to keep their chances of a playoff berth alive.