Tokyo Olympics: PV Sindhu blazes into semifinals, one win away from medal

PV Sindhu booked her place in the last four stage of the badminton event with a win over world No. 5 Akane Yamaguchi from Japan. 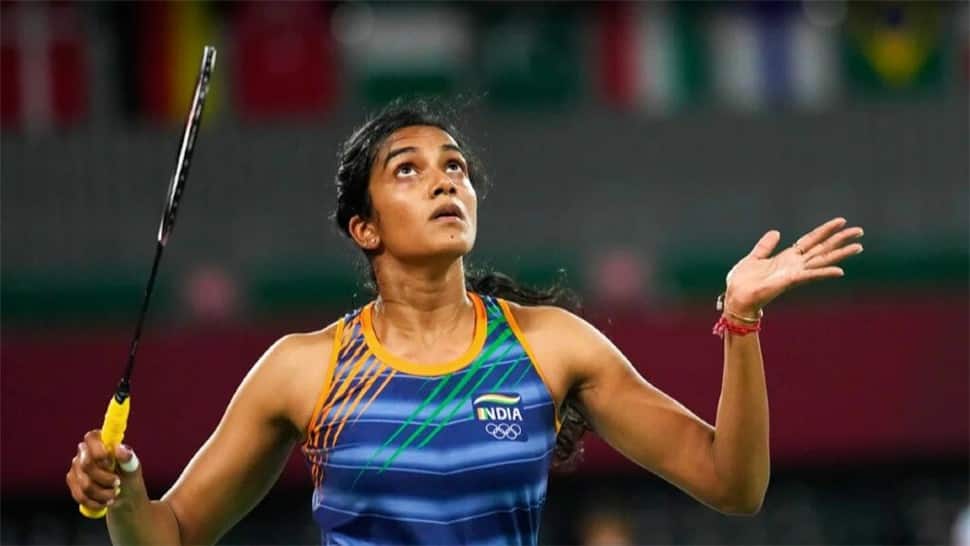 India's PV Sindhu remained on course to emulate her silver medal from 2016 Rio Olympic Games or go one better, as she blazed into the semifinals of the singles event with a 21-13, 22-20 win over world No. 5 Akane Yamaguchi from Japan at the Tokyo Olympics on Friday (July 30). Sindhu enjoyed a 11-7 record against Yamaguchi heading into the clash, including a win at the All-England Championships in March this year.

The Indian star blazed through the first game in 23 minutes, winning it 21-13. Yamaguchi had entered the quarterfinal against Sindhu winning all her matches in straight games. Sindhu had a 11-6 lead in the second game but the Japanese shuttler struck back to the even it at 15-15.

The second game was much more hard fought going on for well beyond half an hour. But after 56 minutes, Sindhu finished off the tie 22-20 in the second game. Sindhu will now turn out in singles semifinal on Saturday (July 31), hoping to book her place in the gold-medal clash.

She will next face the winner of the other quarterfinal between Thailand's Ratchanok Inthanon and Chinese Taipei's Tai Tzu Ying. The sixth seeded Indian came into the match with a 11-7 head-to-head count against the Japanese, whom she had last beaten at the All England Championship in March this year.

On Thursday, Sindhu had notched up a straight-game triumph over Denmark's Mia Blichfeldt, 13th seed, in the pre-quarterfinals. She was the lone Indian in fray in badminton after men's singles player B Sai Praneeth and men's doubles pair of Chirag Shetty and Satwiksairaj Rankireddy failed to qualify for the knockout stage.

Tokyo Olympics: Deepika Kumari suffers another heartbreak, world no. 1 bows out in quarters