New Delhi: The gorgeous Kareena Kapoor Khan was recently clicked with her son Taimur Ali Khan in Bandra. Looks like bebo went to pick Baby Tim from his school when paps clicked the mother-son duo. Kareena was dressed casually in a white shirt and olive green pants, while Tai Tai wore a red T-shirt and beige shorts. However, what caught our attention is the drawing of a Sun in Taimur's hand.

Zooming in, it's not just a drawing but it also has something written on it.

The message on the drawing says, “Mom, you are my sunshine!'

Aww! Now isn't that adorbs? We can't stop gushing over the cutesy message and the pictures. 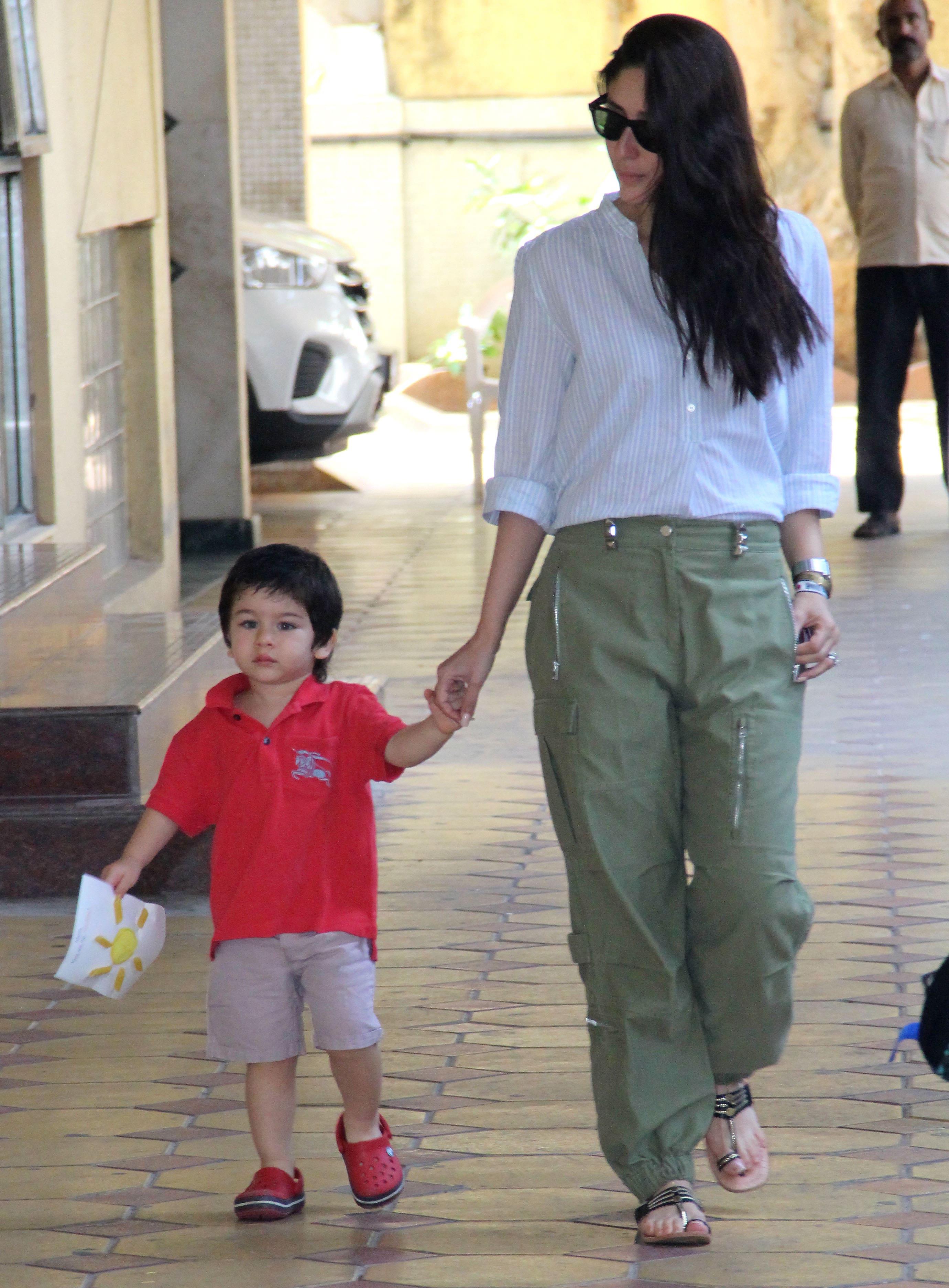 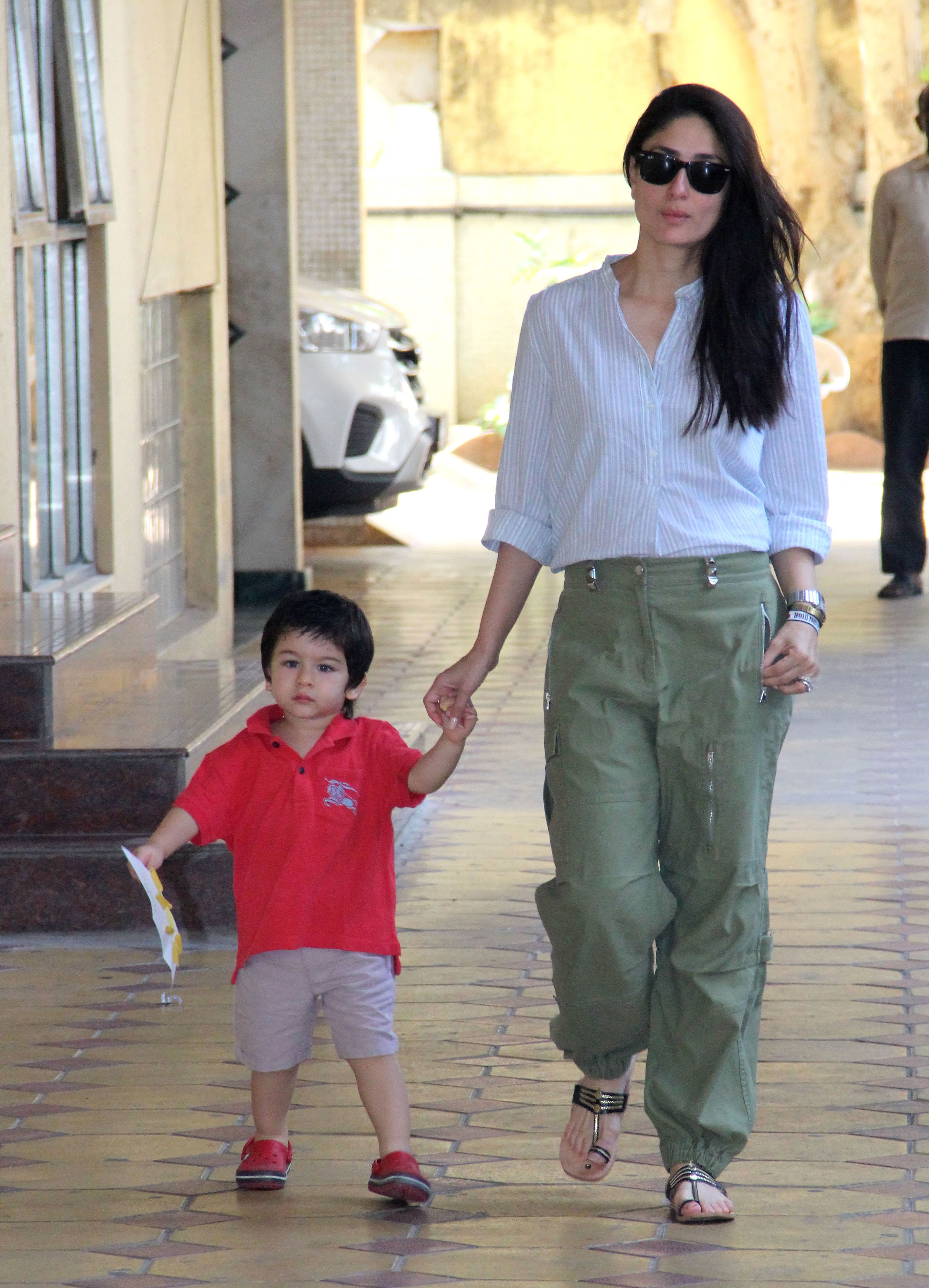 Taimur was born to Kareena and Saif Ali Khan on December 20, 2016. His first pictures went viral on the internet and since then we can't get enough of baby Tim!

The toddler is now 2 years old and is often spotted in Bandra along with his nanny.

He even recognises the media and acknowledges them by smiling and waving at them.

Coming to Kareena, the actress will be seen along with Akshay Kumar, Diljit Dosanjh and Kiara Advani in 'Good News'. The film marks Akshay and Kareena's on-screen reunion after a gap of nine years. The two were last seen together in 'Kambakkht Ishq'.