Mumbai/New Delhi, Aug 5 (IANS) Many Bollywood celebrities came out to congratulate the Narendra Modi government for its decision to repeal Article 370, and split the state of Jammu and Kashmir into two union territories – Jammu and Kashmir, and Ladakh. 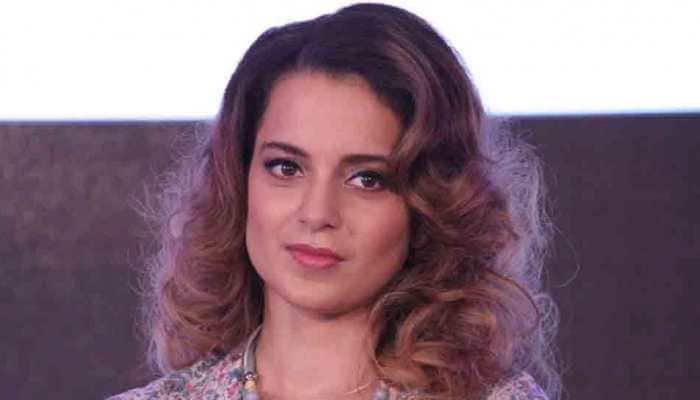 Mumbai/New Delhi, Aug 5 (IANS) Many Bollywood celebrities came out to congratulate the Narendra Modi government for its decision to repeal Article 370, and split the state of Jammu and Kashmir into two union territories – Jammu and Kashmir, and Ladakh.

Among those who were clearly overwhelmed with pride is Kangana Ranaut. Saying this was the first step towards a terror-free nation, Kangana congratulated the entire nation on the historic day.

"Scrapping of Article 370 was long due. It is a historic step in the direction of the terrorism-free nation, I have been emphasising on this for the longest time, and I knew if any one could achieve this impossible feat it had to be Mr (Narendra) Modi. He is not only a visionary, he has the courage and strength of character to make the unthinkable a reality. I congratulate all of Bharat including Jammu and Kashmir on this historic day. We are together in looking at a bright future," said Kangana.

Some, like television actor Ekta Kaul recount personal ordeal to explain why the move is bigger than it seems.

Ekta, a Kashmiri, married TV actor Sumit Vyas, and problems followed. "After getting married to someone who is not from Jammu, my basic rights were taken away from me. It was a little unfair because in Jammu, if a guy marries an outsider, he'd be eligible to retain all his rights but if a girl gets married to someone who is not from Jammu, all her rights are taken away. So, after marrying Sumit, I ceased to be a part of that state. Which meant, I couldn't buy land and wouldn't be eligible for the basic rights," said Ekta, adding: "After this, I feel I'm a part of the state again. I feel if I decide to buy anything in the state I was born and raised, I can do it now. On a larger perspective, I think this will open up jobs. The state was not growing financially and people were living in a shell."

Like Ekta, the reaction of every celebrity who hails from the region, is a happy one. Vidyut Jammwal, who was born in Jammu, described the government's stand as "great", and as one "had been waiting for" , adding that he was "proud of it".

Rapper KR$NA, whose real name is Krishna Kaul and who is of Kashmiri decent, called it a bold move but added that the repercussions of the move are yet to be seen.

"I think it is a bold move on the government's part. It breaks the status quo that existed in Kashmir since the very begining. I hope it brings about a positive change. The real repercussions of this move are yet to be seen," said KR$NA.

"Bajrangi Bhaijaan" actor Mir Sarwar, also from Kashmir hoped "for the safety and peace for the people of J&K", while Kashmiti actress Sheen Dass was "very happy with the news" she felt it would be "a gate opener for new, positive things, and for the betterment of people from Jammu and Kashmir".

Celebrities such as Sonu Sood, and Madhur Bhandarkar may not belong to Kashmir, but they agreed this was a day of pride for all Indians and not just Kashmiris.

"After 72 years, such a step has been taken by the government, and I feel this is huge. As Indians we are all proud. I am sure all the problems Jammu and Kashmir has been facing for years will be resolved soon, with new investment coming in the state, generating new infrastructure and employment. I think we should actually celebrate," said Sonu.

Said Madhur: "I'm very happy. It's a historical day for Indian democracy and people of India, when Article 370 has been abolished. Must give credit to (Narendra) Modi ji and Amit Shah ji. Its a good decision for the development and prosperity of people in Jammu and Kashmir."

For Rajeev Khandelwal, who starred in web series "Haq Se" with Kashmir as the backdrop, the people of the region should be the primary concern of government right now. "I really hope the government has taken this decision keeping in mind the welfare of people in Kashmir. They are the ones who have been suffering for decades now," said Rajeev.

Actor Sharib Hashmi, who co-wrote dialogues for the film "Notebook", which was set in Kashmir, said: "I hope and pray whatever decisions have been taken bring peace and benefit the commoners of Jammu and Kashmir."

"A peaceful growth, and prosperity for Kashmir, is what we all pray for," tweeted Raveena Tandon. For rapper Yo Yo Honey Singh, the fovernment's action translates to freedom for the region. "Kashmir is finally free to grow, free to make a future," tweeted Yo Yo.

"This is the greatest homage to all those braves martyred for the dream of a United India. Hats off and a big thank you to @narendramodi ji and @AmitShah ji from the heart of each and every patriotic Indian. #OneIndia #AkhandBharat #JaiHind... Bye Bye #Article370 #35A," tweeted Vivek Oberoi.

Richa Chadha tweeted: "Whatever happens in politics, let there be no bloodshed, let sense prevail. We're one, all Indians. We are a peaceful people. We believe in compassion, not coercion. Be kind!"

Ranveer Shorey called it a welcome move. "Welcome move on #Kashmir by the govt. It will go a long way in resolving the issues in the state and bring peace and prosperity to its people. Haters can go on hating. Hope the rehabilitation of Kashmiri Pandits will begin soon too," he tweeted.

TV star Gurmeet Choudhary felt the government's action would make it easier for Indians to settle in Jammu and Kashmir. "Ever since I spent my childhood in the army camps in #Kashmir, I always thought I belonged there. Now with the repealing of #Article370 my dream of buying a house & doing business in #kashmir will soon turn into a reality. Kudos on the landmark judgement. Thrilled. Jai hind," he tweeted.