The host of the show Salman Khan has had an eventful week with the release of Dabang 3, Christmas, his birthday and welcoming a newborn in the family. 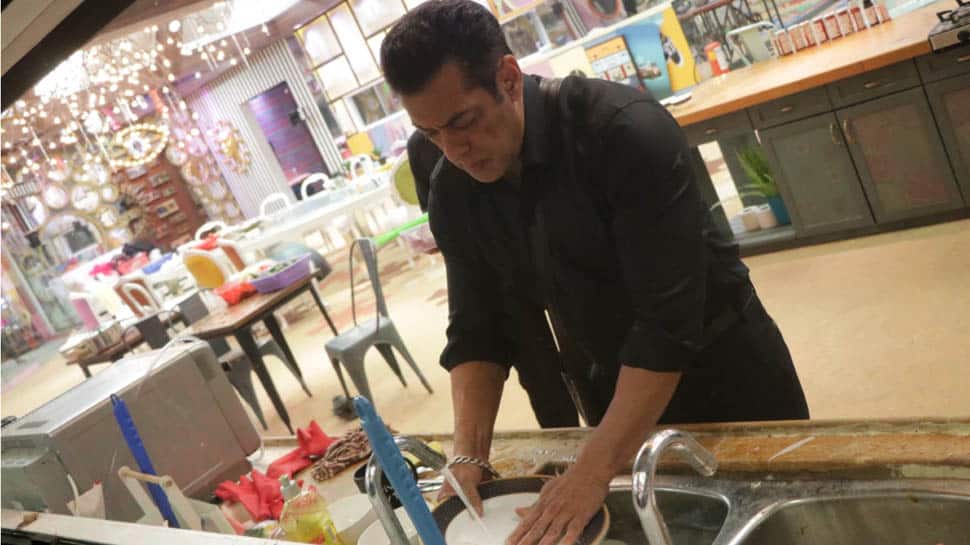 The host of the show Salman Khan has had an eventful week with the release of Dabang 3, Christmas, his birthday and welcoming a newborn in the family. But the unclean condition of the house is what left him most exhausted. Looking at the housemates' attitude and to teach them a lesson, Salman enters the house armed with cleaning equipment and starts washing utensils, followed by cleaning the fridge and the gas area.  While all this is happening, the contestants are in an absolute shock locked inside the bedroom. As they call out to him apologizing requesting him to stop, Salman pays no heed and heads to the bathroom area. From unclogging the sewage hole to cleaning the storage area, Salman picks all the rubbish leaving housemates embarrassed and humiliated.  Later, the host meets the contestants through Me TV and expresses his anger. He says that now he couldn't tolerate the sight of an untidy house and people living in the house not caring about it, rather than making excuses for not cleaning it.  The contestants apologize and Salman gives them some advice on how to maintain basic hygiene in the house. He also appreciates Shehnaz’s effort to fulfil her duty as a captain.

It's Salman Khan's birthday week and the episode is incomplete without the celebration. He is instructed to go in the Akhada area seemingly for a task but Salman is oblivious to the surprise that awaits. He finds the Akhada area decorated with his posters and pictures from his 10 years of Bigg Boss journey. As an ode to his unceasing support for the show, Bigg Boss gives a glimpse of Salman Khan's journey through a video that left him teary-eyed. The contestants also participated in full spirit and performed a medley of Salman Khan's popular songs taking everyone down the memory lane.

Salman Khan later shows the audience an interesting task played by contestants called BB Daily News where contestants are divided into two teams and they have to choose one face which fits the category that includes Fraud, Politics, Gossip and Crime land give them an interesting headline. Team A includes Arhaan, Rashami, Vishal, Madhurima, Asim and Shefali Bagga while Team B has Paras, Mahira, Sidharth, Shehnaz, Aarti and Shefali Jariwala. When Team B categorizes Asim as chela and puts him under the crime section, it leads to a fight ugly that once again takes the entire house.