Bollywood actress Deepika Padukone was recently seen at the Mumbai airport and gave major boho-chic vibes in a white outfit.

New Delhi: Bollywood star Deepika Padukone is often spotted at the airport and paps go crazy clicking her pics. She was recently seen at the Mumbai airport and gave major boho-chic vibes in a white outfit.

Dippy was seen wearing a loose-fit white shirt, long shrug, and pants paired with white shoes. Her hair were neatly tied up in a bun and a pair of round sunglasses completed the look. 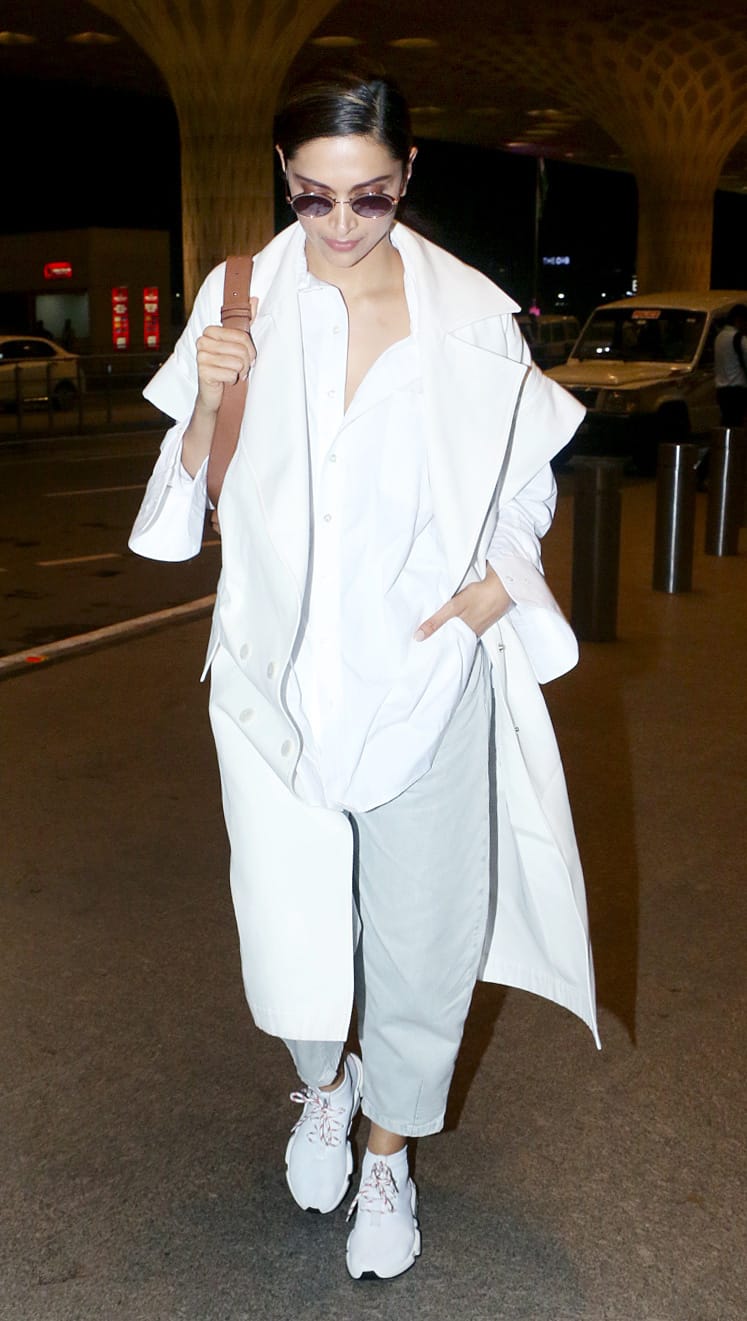 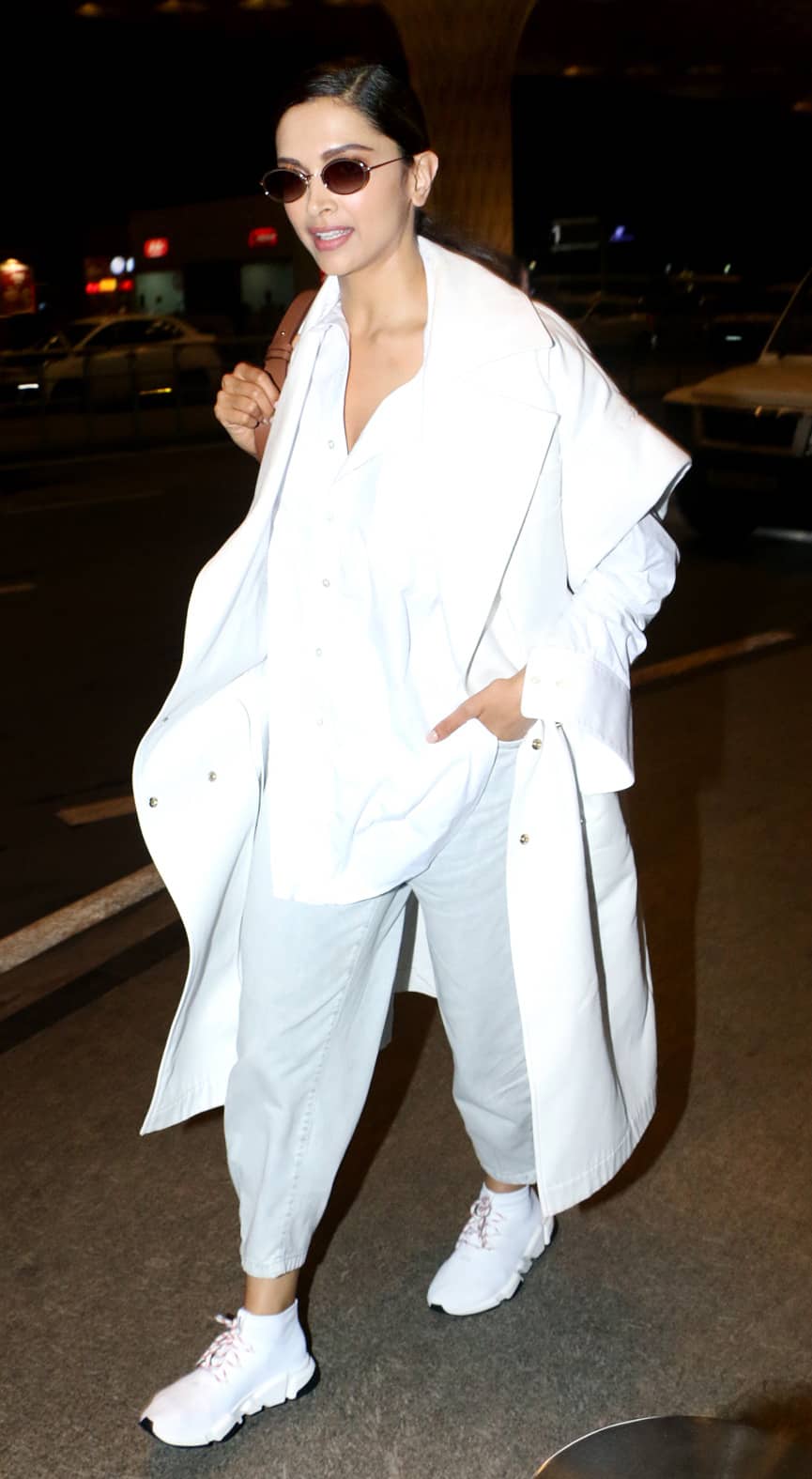 On the work front, Deepika was last seen in Sanjay Leela Bhansali's 'Padmaavat'. She is all set to make a comeback into films with 'Chhapaak' in which she plays the role of acid attack survivor Laxmi Agarwal.

The actress wrapped up shooting for the Meghna Gulzar directorial in June this year and her character is named Malti. "It’s a wrap on the most precious film of my career... see you all at the movies – 10.1.2020.", Deepika had written on Instagram.

Vikrant Massey plays the male lead in the film.

'Chhapaak' is slated to release in January 2020 and has been high on the buzzword ever since Dippy's first look was unveiled.