An online-only sale offers another 140 items from Deneuve's Saint Laurent wardrobe. It will conclude on January 30. 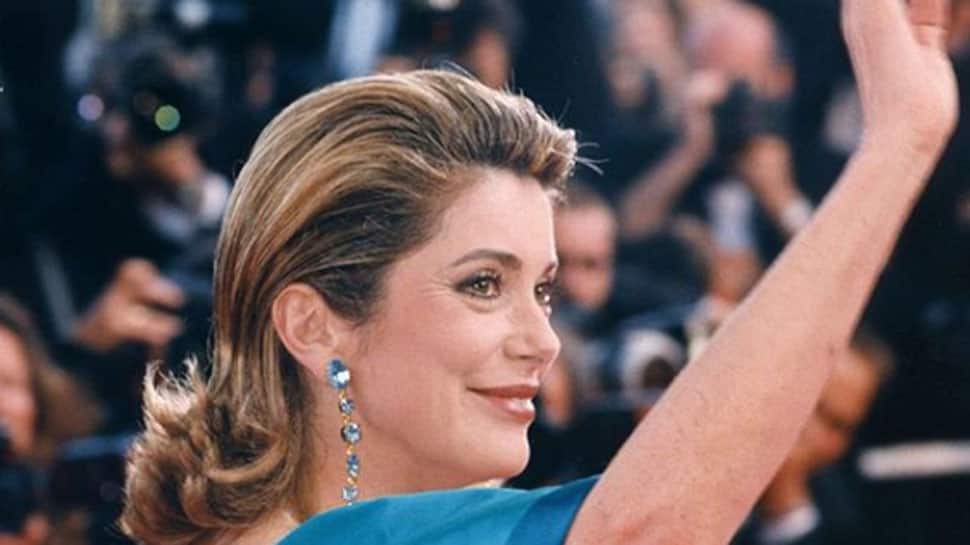 The sale, which took place here for five hours on Thursday evening, witnessed fierce competition from around 500 registrants. It achieved a total of $1,025,581 and sell-through rates of 100 per cent, the auction house said in the statement.

Each piece of haute couture or Rive Gauche clothing was a testament to the 40-year long friendship between France's most iconic actress and one of the world's most renowned couturiers, who epitomises modern French elegance.

The auction's top lot was the haute couture evening ensemble of the unique and very sought after Russian Collection, which Saint Laurent designed for the Fall/Winter collection of 1977/78. Selling at 52,500 euros (Rs 42 lakh), it surpassed its high pre-sale estimate by 10 times.

Another short-beaded dress designed for the Spring/Summer collection of 1969, which the actress wore when she met Alfred Hitchcock the same year, sold for 42,500 euros (Rs 34 lakh).

The last lot of the sale, a black velvet sable trimmed jacket from the Fall/Winter collection of 1997/98 also went under the hammer. It was contested by bidders from 10 countries. It finally sold for 33,750 euros (Rs 27 lakh).

As per Christie's, the pre-sale exhibition during the Paris Fashion Week (which concluded on Thursday) was attended by 4,500 visitors -- young fashion design students, fashionistas and admirers of Deneuve and Saint Laurent.

"This week, with highlights including the view and the auction itself, has been a new experience for me and has exceeded my expectations in many ways. I sincerely hope that the new owners will enjoy these pieces of couture as much as I did," Denevue said in the statement.

An online-only sale offers another 140 items from Deneuve's Saint Laurent wardrobe. It will conclude on January 30.

Keen to contribute to the country in larger way: Kangana Ranaut