Hina Khan shares first look from her Indo-Hollywood film, The Country of Blind- See inside

TV actress Hina Khan has shared her first look from her Indo-Hollywood project titled The Country of Blind. The actress reportedly plays a blind girl in the film. 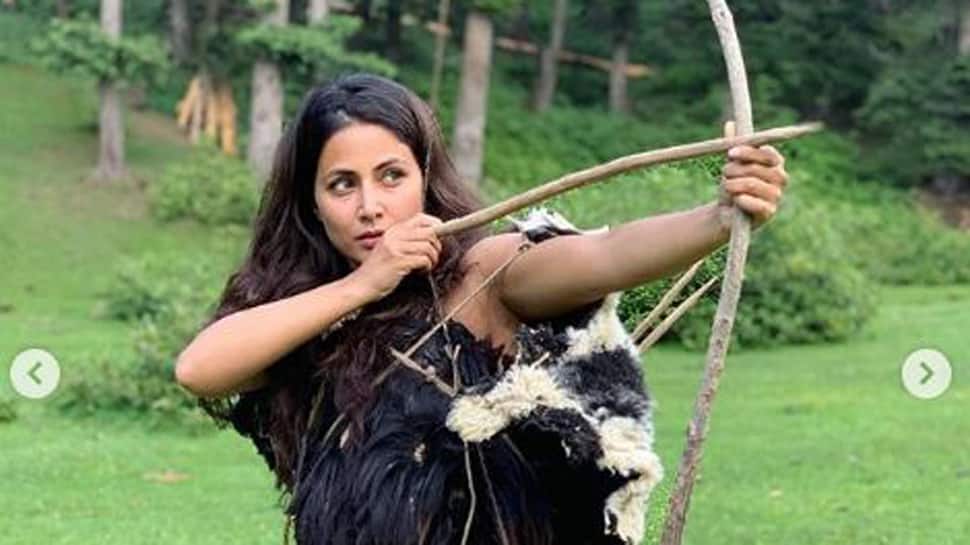 New Delhi: TV actress Hina Khan has shared her first look from her Indo-Hollywood project titled The Country of Blind. The actress reportedly plays a blind girl in the film.

Posting a series of pictures on Instagram, Hina wrote, "Meet Gosha. My first Indo-Hollywood project, directed by our very own and talented Rahat Kazmi."
Hina can be seen posing with a bow and arrow dressed in tribal attire.

Meet “Gosha” My first Indo-Hollywood project, Directed by our very own and talented @rahatkazmi #CountryOfBlind

Talking about taking up The Country of Blind, Hina told TOI, "Most girls, who want to become film actresses, look for roles in commercial movies. But every actress can’t wait forever to land a role opposite a big Bollywood actor. Also, I think that it’s important to be part of a film that has scope for you to perform. That is the reason I chose to debut with Lines, and now, I’m doing The Country of The Blind."

“Eyes are our window to the world, but I also feel that when God takes away something, he blesses you with many other things. These individuals are capable of achieving so much more than others, " she added.

The actress was last seen in Kasuatii Zindagi Kay as Komolika.