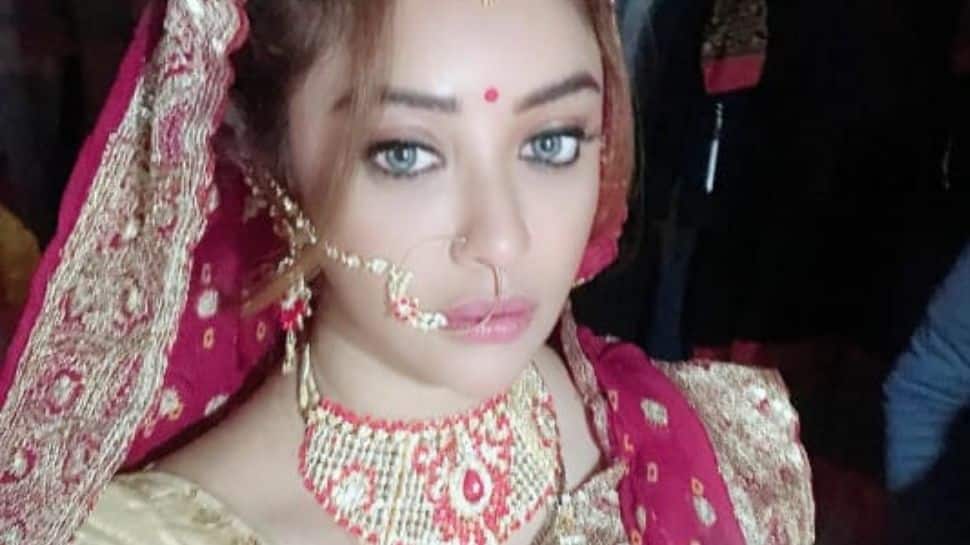 New Delhi: Payal Ghosh has set the internet abuzz with her pictures dressed as a bride. The ‘Patel Ki Punjabi Shaadi’ actress recently shared some pictures wearing a red saree and heavy jewellery. Some fans speculated if the photos are from Payal’s wedding.

However, the pictures shared on Instagram are not of Payal tying the knot but from her shoot for Uttarakhand State Tourism. Captioning the post, she wrote, “Shoot time… @uttarakhand_tourismofficial”.

The actress also took to Instagram to share her award with her fans. She was awarded the ‘Most Promising Actress’ award by Mid-day Showbiz. Sharing the post, she wrote, “Thanks a ton @mid_day for the most promising actress award.. couldn’t attend the ceremony as shooting ,but grateful from heart to receive it .. Thank You ..!!”

On the work front, Payal will play the protagonist in upcoming horror flick 'Koi Toh Hai'.

In October, Payal had joined Union Minister Ramdas Athawale-led Republican Party of India (A) and was named the vice president of its women`s wing.

Meanwhile, in early October, the actress shot to limelight after she accused filmmaker Anurag Kashyap of sexually assaulting her and filed an FIR against him. Anurag had denied the allegations.