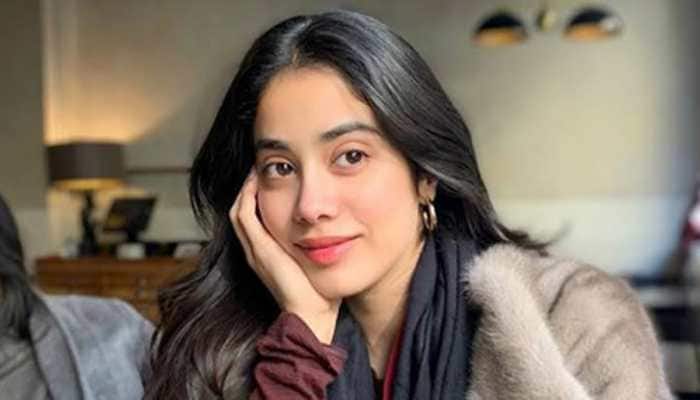 New Delhi: The gorgeous Janhvi Kapoor is often in the limelight owing to her regular gym visits, day out with friends, social media uploads and film releases. The talented star has time and again made headlines for her trendy outfits and has also been on the cover of various magazines.

In her latest Cosmopolitan magazine cover, Janhvi looks radiant in a red dress with a plunging neckline. The actress has that million-dollar smile on her face which will give you major TGIF feels.

Janhvi shared the cover on Instagram, captioning it as, “HBD Cosmo!! Thnxxxx for making me feel cute on your birthday Editor: @nandinibhalla

On the work front, she has several interesting projects in the pipeline.

To mention some, she will be seen with Rajkummar Rao and Varun Sharma in 'Rooh-Afza'.