Kangana chose to keep her look traditional and gave it a twist!

New Delhi: The prestigious Cannes Film Festival began on May 14 and will go on till May 25th. This year, Bollywood actress Kangana Ranaut walked the Cannes red carpet in a gold Kanjeevaram saree. What has our attention is the fact that she paired the traditional saree with a corset and gloves. While most actresses wore extravagant gowns to the event, Kangana chose to keep her look traditional and gave it a twist! 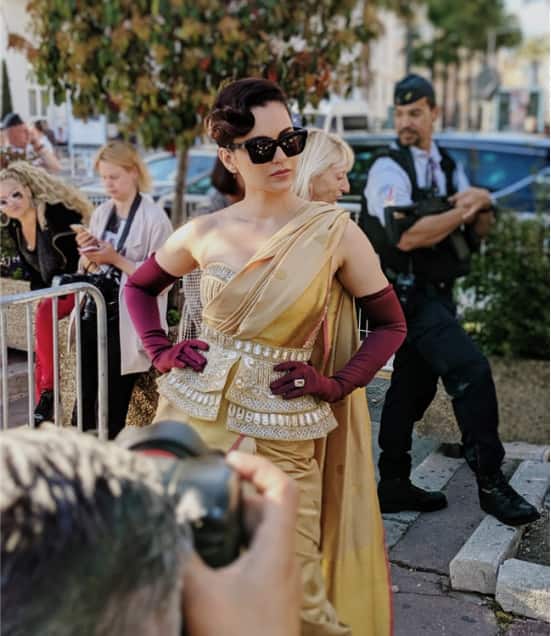 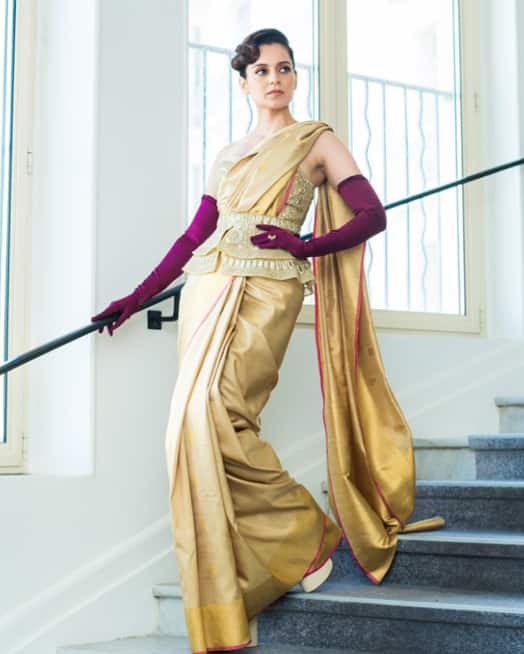 Doesn't she look like an Indian princess? Everything from her hair do to that ring on her finger is perfect.

The stunning actress was last seen in 'Manikarnika: The Queen of Jhansi' in which she played the titular role of Queen Laxmibai. Kangana gave a power-packed performance in the film and left everybody awe-struck.

She will next be seen in Ekta Kapoor's 'Mental Hai Kya' which stars actor Rajkummar Rao opposite her. The talented actress also her Ashwini Iyer Tiwari's 'Panga' in her kitty.