Kareena Kapoor arrives back from London, rocks her denim on denim look at airport — Pics

Kareena Kapoor, who is currently having family time in London, was on Thursday spotted at Mumbai airport. The actress had arrived to shoot for an episode of 'Dance India Dance'.

Mumbai: Ever since Kareena Kapoor Khan jetted off to London with hubby Saif Ali Khan and Taimur a couple of days back, her social media fan pages have been abuzz with pictures of her chilling with her family. Kareena is seen having a whale of a time with her family, sister Karisma and her kids - Samaira and Kiaan, and her mom Babita.

The Pataudis and the Kapoors are currently holidaying in Dogmersfield, a small village in Hampshire, England.

On Thursday, Kareena took a brief break from her UK holiday and made a pitstop in Mumbai for a few hours, only to fly back to England to be back with her family.

The actress was spotted at the airport acing the denim on denim look. Kareena looked gorgeous in a denim jacket, jeans and red and blue striped tee and impressed the fashion police with her saritorial choices. As per reports, Kareena was in Mumbai to shoot for a new season of 'Dance India Dance'.

Take a look at her photos from the airport: 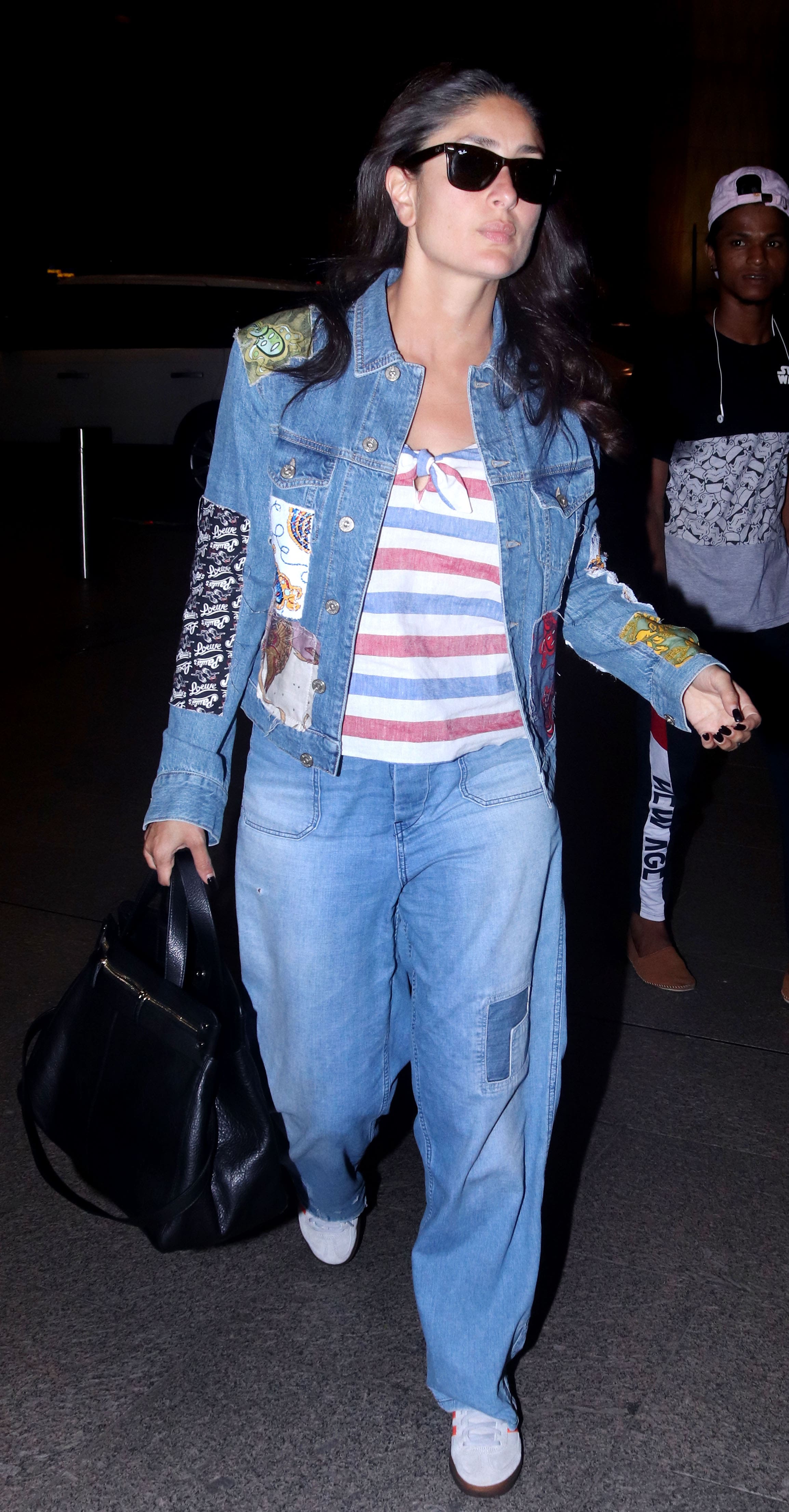 The film also stars Kiara Advani and Diljit Dosanjh in key roles and is slated to be released on September 6, 2019.

Kareena also has films like 'Angrezi Medium' in which she plays a cop and Karan Johar's period-drama 'Takht'. The actress is currently holidaying with hubby Saif Ali Khan and son Taimur and after she returns back to the bay, she will begin shooting for 'Angrezi Medium'.