Katrina Kaif took to Instagram stories recently and shared a pic of herself wearing a white, thigh-high slit gown. She completed her look with matching floral earrings and looked beautiful!

New Delhi: Bollywood actress Katrina Kaif made her Instagram debut in 2017 and has been treating us with glamorous photos and videos since then. She is one of the most popular celebs of B-Town and has an army of fans who are always showering the actress with compliments.

Kat took to Instagram stories recently and shared a pic of herself wearing a white, thigh-high slit gown. She completed her look with matching floral earrings and looked beautiful!

Check out the screenshot of Kat's story here: 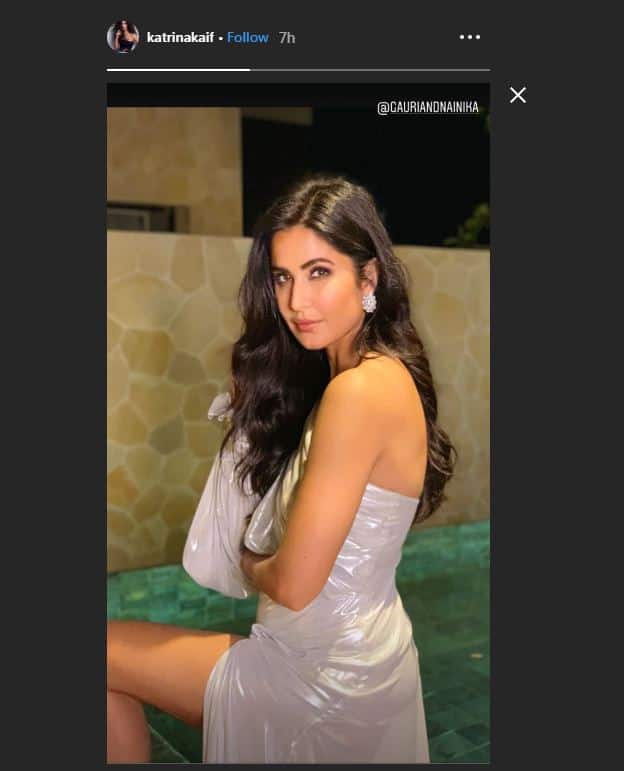 This isn't the first time that Katrina has made headlines because of her social media post. Her pictures go viral often and we can never get enough of the leggy lass!

On the work front, Katrina will be seen reuniting with Akshay Kumar in 'Sooryavanshi'. The film is being helmed by maverick filmmaker Rohit Shetty and is an addition to his cop universe that begun with 'Singham' in the year 2011.

Kat's last outing was 'Bharat' which was an ensemble star cast film. It starred superstar Salman Khan opposite her and people were glad to see the 'Tiger Zinda Hai' duo work together.