Arjun and Malaika, who were in Australia for the Indian Film Festival of Melbourne, are back in town.

New Delhi: One of the most stylish couples in Bollywood, Arjun Kapoor and Malaika Arora on Monday returned from Australia where they had gone to attend the Indian Film Festival of Melbourne. The duo was spotted at the Mumbai airport by shutterbugs as they made their way out of the airport. And needless to say that both Arjun and Malla were at their fashionable best as they arrived back at the bay!

A diva in a true sense, Malaika was seen wearing white on white and teamed the outfit with a black overcoat. She completed her look with nude pumps. Arjun, who has been sporting the 'Panipat' look for the past few months, looked uber cool in a brown jacket which he wore over a black tee and denim. The duo complimented each other with stylish shades.

Take a look at their pictures from Mumbai airport today: 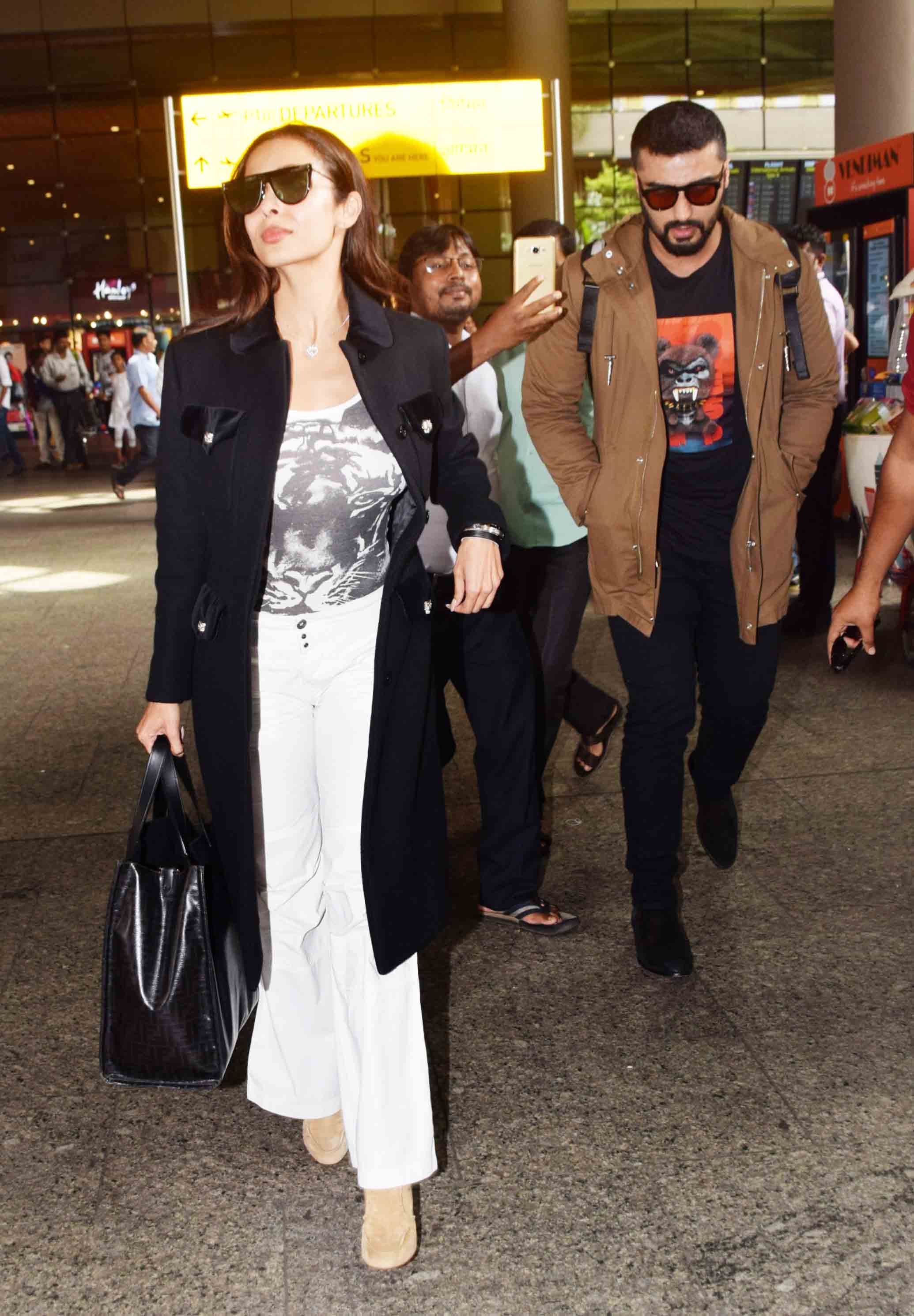 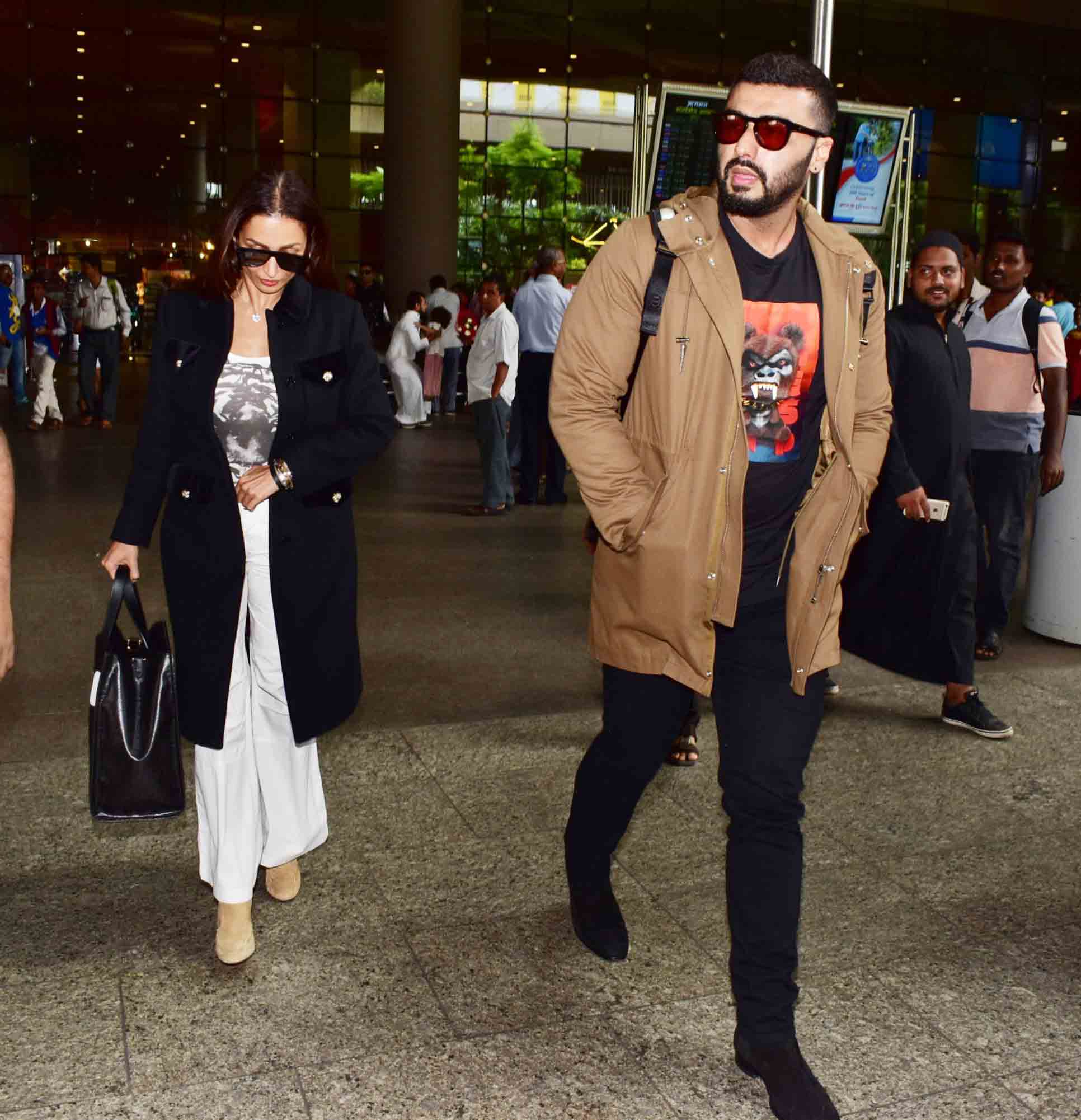 After keeping their relationship under wraps for a long time, Arjun and Malaika have now become more open. From dinner dates to parties and film screenings, the couple has been photographed together several times.

Malla and Arjun's impending wedding is another rumour that has been floating around for quite some time now. But the actor has always maintained that whenever such a big thing happens, he will share it with everyone.

Their dating rumours sparked off when they were clicked seating next to each other in a fashion show held last year. Pictures of the duo from the event went viral on social media, which was followed by their regular Bandra spottings.

On the big screen, Arjun will next be seen in Ashutosh Gowarikar's historical period drama 'Panipat'. The film also stars Kriti Sanon and Sanjay Dutt and is set to arrive in theatres in December 6, 2019.