Malaika Arora posted a set of pictures from the party and captioned it as, "Girls are back in town" while Karisma Kapoor described her post as, "Girls night out."

New Delhi: Wednesday night called for a reunion for BFFs Malaika Arora, her sister Amrita, Karisma Kapoor, Seema Khan, Maheep Kapoor and their other friends. Pictures from their girls night out have taken over social media and they prove these friends had a blast.

Malaika posted a set of pictures from last night's party and captioned it as, "Girls are back in town" while Karisma described her post as, "Girls night out."

For the mid-week party, Malaika opted for a sheer white dress, which she paired with matching stilettos. Karisma wore a printed shirt with black trousers.

They also posed for the paparazzi outside the party venue. 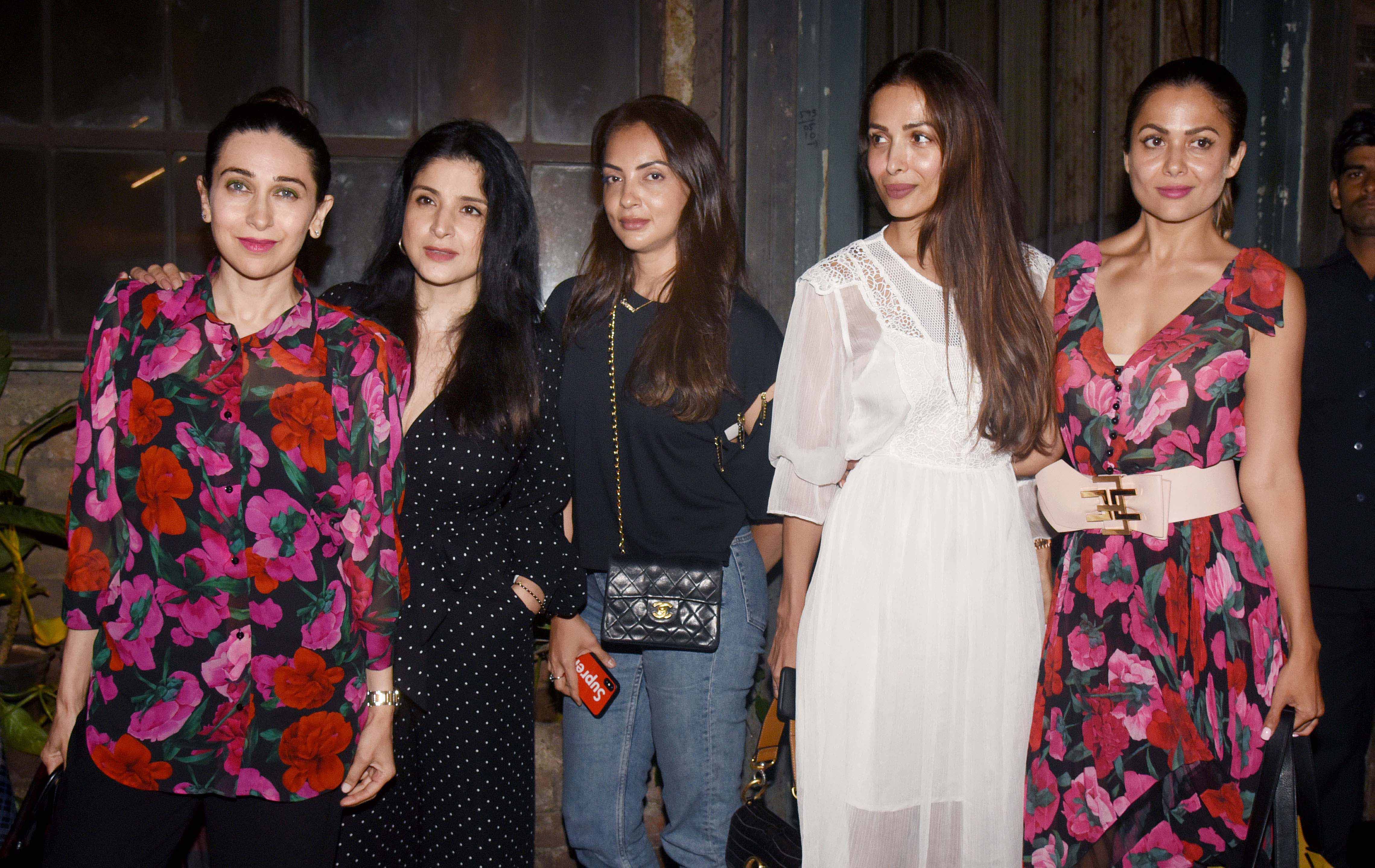 It must have been a long-overdue meeting for the friends as all this while, most of them were busy holidaying in different parts of the world. However, we missed Kareena Kapoor, who is often spotted with her girl gang whenever she in Mumbai. The actress is currently making memories in London with husband Saif Ali Khan and son Taimur.

Karisma and Amrita, with their respective families, had also flown to London and the trio partied together on several occasions.

Meanwhile, Malaika Arora, who is dating Arjun Kapoor, was in New York to celebrate the actor's birthday.

On the work front, Malaika was last seen as a judge in the reality show 'India's Got Talent' while Karisma's next project is ALTBalaji's web-series 'Mentalhood'.