The 'Desi Girl' is being called out brutally on social media for smoking. Last year, she had revealed on social media that she was diagnosed with asthma at the age of five. 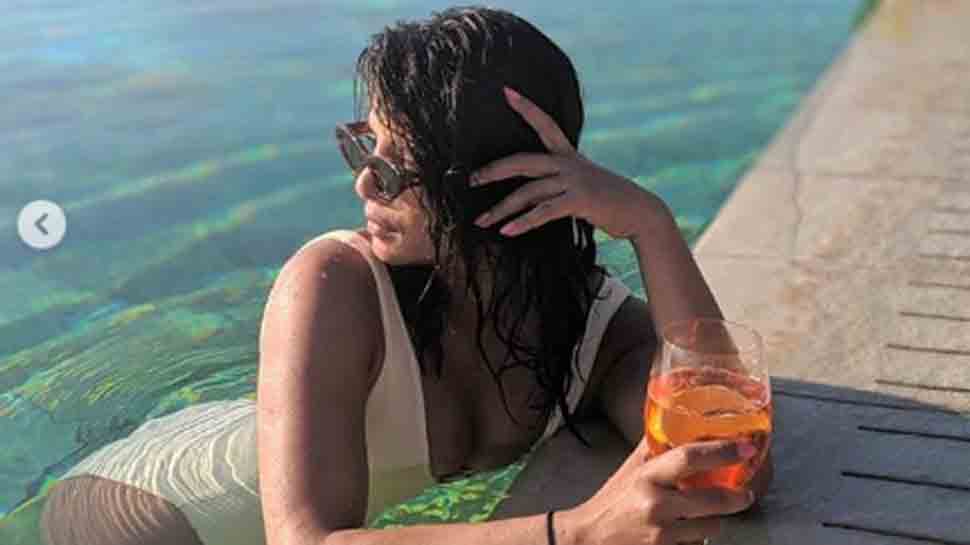 Global icon Priyanka Chopra, who revealed suffering from asthma last year, was seen enjoying a smoke on a yacht with her family as she continued her birthday celebrations.

In a picture from her family vacation, which has now gone viral on social media, Priyanka can be seen smoking a cigarette, while her mother Madhu Chopra and husband Nick Jonas can be seen enjoying a cigar on the yacht ride.

#PriyankaChopra #Diwali #crackers #created #air #pollution and #asthma _ but #cigarette and #cigar what does it creates pic.twitter.com/iRUCqu2uWF

Priyanka is no stranger to being trolled, whether it's her fashion choices, her Met Gala look, or her red carpet appearances. She is one celebrity who has been a favourite of the trollers.

But the 'Desi Girl' has always shut down trollers like a boss. And this time around, she is being called out brutally on social media for smoking, with netizens calling her a 'hypocrite'.

For the unversed, the 'Quantico' star had released a video last year, urging the people to not burst crackers on Diwali, in order to curb pollution. The actor, who is asthmatic, said in the clip, that the festival should be about "lights and laddoos and love, and not pollution".

Last year, Priyanka also joined hands with a brand for an ad campaign to shed light on the truth about asthma and spreading awareness. The actor also revealed that she was diagnosed with asthma at the age of 5, but that did not stop her from living a normal life.

Now, netizens are criticising the actor for being "hypocrite" and "fake". Fans also dug out a tweet from 2010 in which the 37-year-old star wrote, "Smoking is awful!!! Yuck!!!"

A user called out the actor, by sharing her yacht ride picture and writing, "Hypocrite."

A person, trolling the actor, shared a meme from the film 'Main Hoon Na' in which actor Zayed Khan can be seen saying, "Dekho mat, saha nhi jayega." Alongside, the meme, he wrote, "Asthma patients."

Another user wrote, "It's your life, It's your choice but why this Hypocrisy," along with a picture of her old tweet and her yacht ride photo where she can be seen smoking.

"The curious case of Priyanka Chopra Pic 1: When In Bollywood, Asthma campaign. Pic 2: When In Hollywood, Who's got the weed," another user wrote slamming the actor.

"Priyanka Chopra is the same topper student who says, "yaar maine to kuch padha hi nhi" but we all know what the reality is," a user wrote alongside pictures of her old tweet and the actor smoking.

Earlier, Priyanka also faced backlash for the grand fireworks display after her Christian wedding with Nick. Netizens called her a hypocrite at that time and asked what happened to her disease and concern for the environment when she lit fireworks to celebrate her special day.

Meanwhile, Nick recently hosted a grand birthday party for Priyanka, who turned 37 on July 18. The actor was treated to a five-tier red and gold glittery birthday cake, to go along with the colour of her dress. Nick posted a series of videos from the party to his Instagram story, including one of him showing off the birthday cake.

Prior to the birthday bash, Nick took to Instagram to wish his wife on her special day. He posted two pictures of Priyanka that appeared to be from his brother, Joe Jonas' recent wedding celebration in France, and shared a heartfelt caption wishing her happy birthday.

Kim Kardashian shares an endearing picture of her sons