I am proud of the films that Ayushmann Khurrana is doing, and even Shubh Mangal Zyada Saavdhan, said Tahira, about her husband's upcoming project. 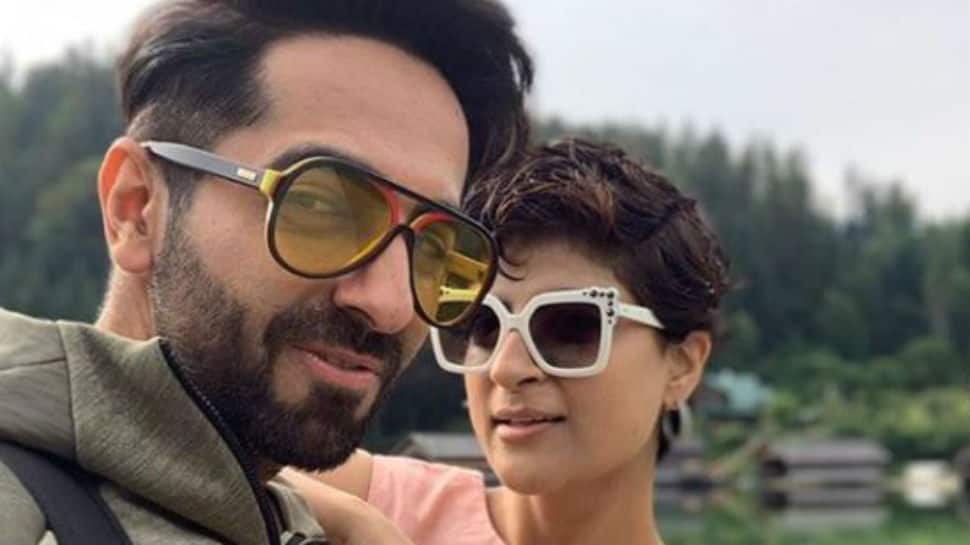 Mumbai: Filmmaker-author Tahira Kashyap, whose actor-husband Ayushmann Khurrana plays a gay protagonist in the upcoming "Shubh Mangal Zyada Saavdhan", says it is important to be in love, irrespective of gender.

"I am proud of the films that he (Ayushmann) is doing, and even this one," said Tahira, about her husband's upcoming film, adding: "I feel the idea is to celebrate love, and the day we stop thinking and about whether it's a love story between a boy and a boy, or between a girl and a girl, we will have developed as a nation. It is important to be in love irrespective of gender and I am happy that he did this film."

Tahira was interacting with the media at a meet-and-greet session with 100 breast cancer women at TATA memorial hospital in Mumbai. She has been a stage zero breast cancer survivor, and Ayushmann is known to have stood by her through her battle with breast cancer.

At the meet-and-greet event, Tahira shared an account of her cancer experience. She also celebrated her birthday by cutting a cake.

"Now, I have my make-up and have done my hair, but when I first came to TATA (hospital), I didn't arrive like this. Coming here today brought back memories of the time I was here as a patient. I was stressed and I didn't know what was happening. I was here to consult doctors to decide my line of treatment but there isn't bad taste about it. Everyone goes through some kind of problem in life and in my life this (cancer) was the problem but I want to have a fond memory of it. When it happened, I got much of support and I have come out of it," she said.

"Shubh Mangal Zyada Saavdhan" is a romantic comedy-drama, themed on homosexuality. It is the second instalment in the series that started in 2017 with "Shubh Mangal Saavdhan".

The new film of the franchise stars Ayushmann Khurrana with Jitendra Kumar in lead roles and is written and directed by Hitesh Kewalya. Aanand L. Rai and Bhushan Kumar have produced the film, which is scheduled to release February 21.

Alaya F: Won't be surprised if I woke up with Kartik Aaryan in bed