There is never a dull moment when Anil Kapoor and Ranveer Singh get together. Veteran designer Raghavendra Rathore's show at Lakme Fashion Week Summer/Resort 2019 was no different. 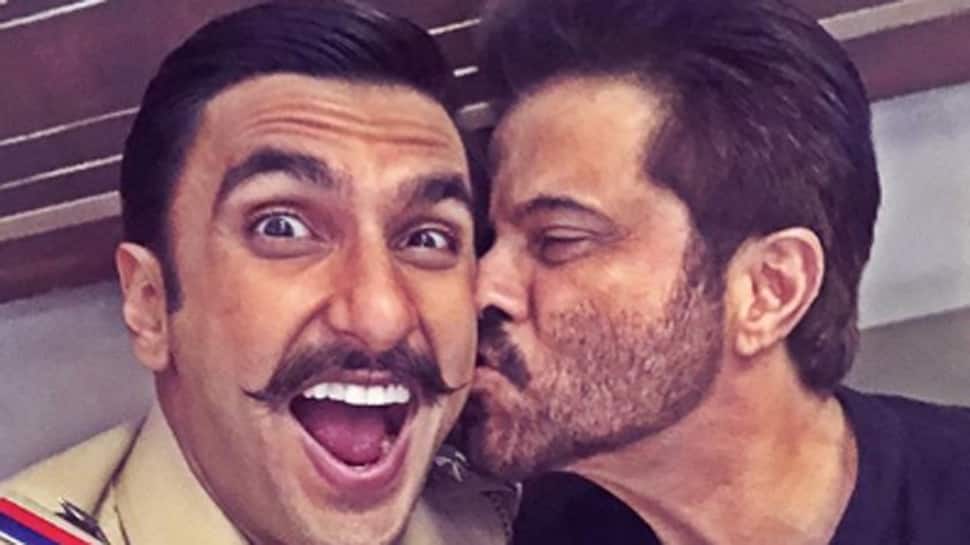 Mumbai: There is never a dull moment when Anil Kapoor and Ranveer Singh get together. Veteran designer Raghavendra Rathore's show at Lakme Fashion Week Summer/Resort 2019 was no different.

Rathore, whose show on Saturday night was sponsored by Nexa, had Anil and his actress niece Janhvi Kapoor as showstoppers.

Janhvi took an uber confident walk wearing an ensemble representing the designer's take on a bandhgala for a contemporary woman.

But the drama began when Anil, 62, came in. Midway through the ramp walk, histrionics by Ranveer, who was silently seated in the audience, drew the senior actor's attention and he was overwhelmed to be surprised.

The two shared a hug before Anil went on to complete his walk. But while returning, he did a little jig with Ranveer who played along from the audience.

It was when Anil and Janhvi took a final bow as showstoppers and were returning when Anil pulled in Ranveer on the ramp, and the two, known for their camaraderie, made it an unforgettable experience for the audience by grooving away.

After the show, Anil, who looked dapper in a black bandhgala by Rathore, said the experience was "fantastic".

Janhvi said of the designer: "I have always been a great admirer of his work, craftsmanship and outfits. And after meeting him today, I know he is so sweet, so humble and so shy."

"It was a special experience as I was walking with chachu (paternal uncle)," added Janhvi, whose younger sister Khushi was happy to be a silent but happy spectator of the fun.

For Rathore, Anil and Janhvi were perfect showstoppers, representing different age groups and genders, but promoting the universality of a bandhgala.

His line, 'An Ode to The Bandhgala' was inspired by colours of Nexa, and showcased clean cuts in the classic ensemble for both men and women.