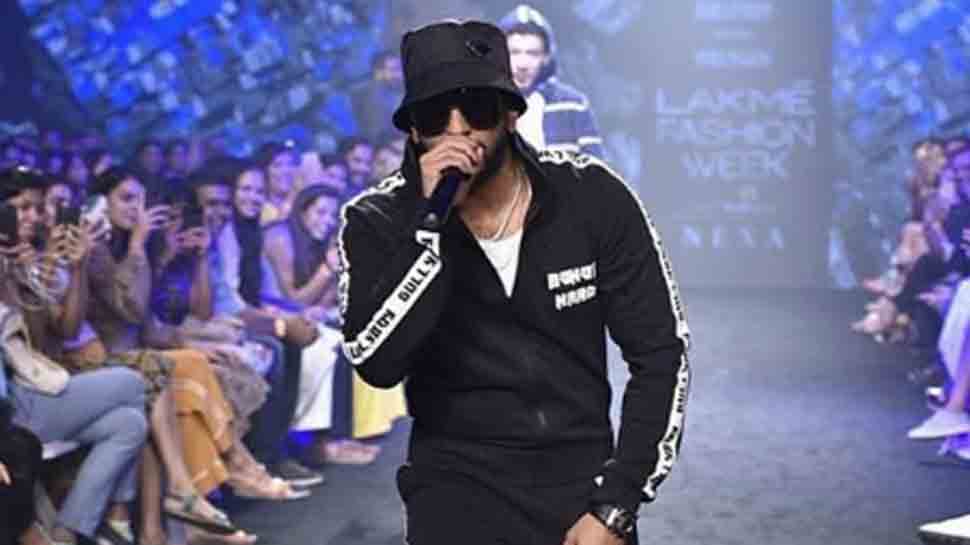 "It was a very unique show. Our film is all about music and music was at the heart of our show. There were great performances, live music and the entire gang has authentic rappers. They contributed to every bit of the film," Ranveer said.

"I loved it. It is the first time that any of movies had merchandise, turned right," he added.

Post the show, which was held at the JioGarden, Bandra-Kurla Complex here, Ranveer took on the DJ stage and rapped for the crowd present at the venue.

The actor, known for his enthusiastic and energetic spirit, left the audience surprised when he broke into an impromptu performance.

As fans cheered him on, the Bollywood star crowd surfed giving the final day of the fashion gala one of the most unforgettable moments.

Inspired by the underground rap scene in Mumbai, "Gully Boy" features Ranveer in the lead with Alia Bhatt and Siddhant. The film also stars Kalki Koechlin and Vijay Raaz in pivotal roles.
Produced by Ritesh, Zoya and Farhan Akhtar, "Gully Boy" is set to hit the screens on February 14.