Rani Mukerji will be seen reprising her role of Shivani Shivaji Roy in 'Mardaani 2', who sets out in her search to nab down a rapist.

New Delhi: Talented B-Town actress Rani Mukerji is gearing up for the release of her much-talked-about venture 'Mardaani 2'. Rani made her comeback to movies post maternity break with 'Hichki' in 2018 and this will be her second film.

Rani Mukerji will be seen reprising her role of Shivani Shivaji Roy, who sets out in her search to nab down a rapist. The plot will touch a chord with the viewers and from what we are shown in the recently released trailer, this promises to be an edgy thriller.

The actress has been promoting the film actively, spreading the message of the film across India. Rani Mukerji met supercop Archana Tyagi, Additional Director General of Police & Chief of Maharashtra S.R.P.F, and asked her to shed some light on the issue of rise in crimes committed by juveniles.

Here are excerpts from Rani's interview with the supercop:

Q: Rani – What made you decide that you will join the police force and serve the people?

A: Archana – See, initially I didn't have any such plan of joining the police force, let me be very frank with you. I belong to a family of academicians. My parents are both into teaching department. So, I was also inclined towards teaching and I was a regular lecturer also. That's a very noble profession but somehow, I was not meant to be a lecturer throughout my life. So I, went to JNU after finishing my Masters in Economics and I did my M. Phil there. JNU is a place where students from all over the country are there. Some are doing research and most of them are preparing for the UPSC examination, through which you get IAS and IPS officers. So I think that keeda… you know… it caught me there. I started preparing for that and in that process even I got exposed to so many things. I had written IAS and IPS because IAS is supposed to be the best service in the country. I got into the police service. Then I actually started thinking ki main police mein kya karungi? And you know … you suddenly realize that maybe I was meant for the service. That's why I got selected. You know everything, woh boltein hai naa, in universe, comes around to fulfil everything. Even if at the back of your mind. 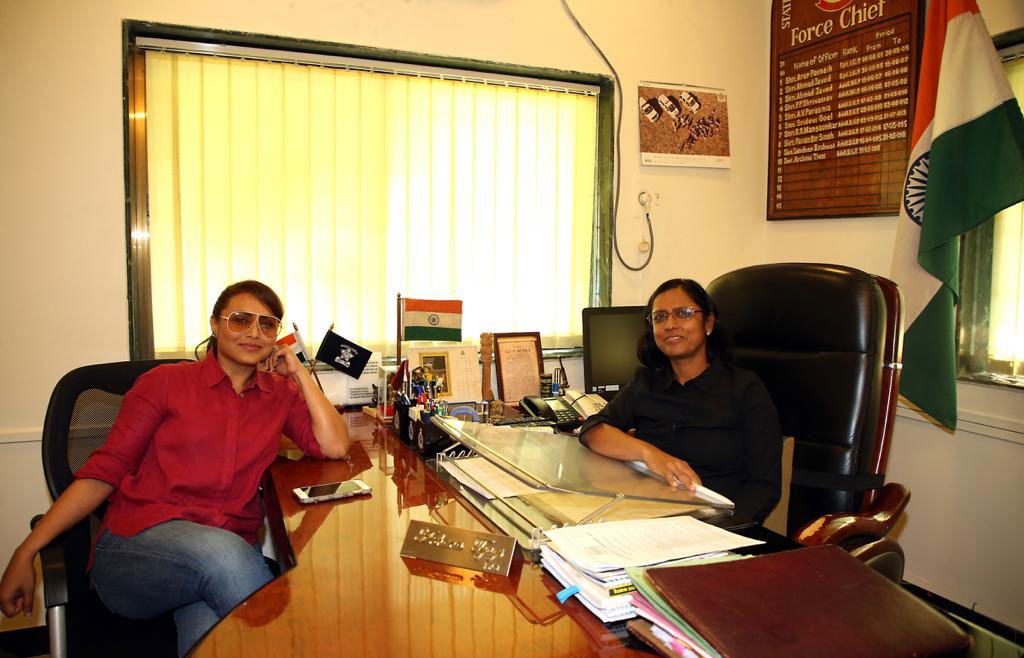 Q: Rani –What do you do to unwind from all that you see and experience as a cop because it's obviously a very very emotional?

A: Archana – It’s very emotional… Main bahut…shuru shuru toh mein everything I used to take it very personally, okay? I will just give you one example. So, I was DCP in Thane city. So, my first raid was of a beer bar. I caught hold of whole lot of women and unko sabko police station mein hum le ke aa gaye… Vartak Nagar police station was the name of the police station and you won't believe I was young and you know sitting among those women… Main raat bhar unke sath baithi rahi. You know because once you bring them in next day you have to take them to the court. 11 bajey court khulta hai and they started telling me that you know the stories so some were true, some may not be true. Thoda sa drama.. Thoda bataya…toh bahut hi soft stories bhi thi. Toh main itni affect ho gai ki mujhko…. and I felt ki these women are sitting in the police station, I must stay with them, you know? I should not leave them in the police station. There were 20 women with so many people around. And jab woh court gaye agley din tabhi main police station chhoda, you know?

In Karad (Satara), there were, we have handled and investigated a lot of murder cases and all. So there, there was one case in which the parents both were killed by the boyfriend of the doctor, who was a juvenile… the girl was juvenile, not even adult having an affair… caste, whatever so… they were killed in the field… when they were coming back from the field. Their hands were here, head was there… that kind of horrible case! I personally investigated it. We got the punishment for those two boys. That affected me so much you feel like crying… Initially I used to cry also and feel bad I take things personally and all. But I think over a period of time… I don’t say thick skin but you get used to it and you know, thoda sa takat aati hai. Mentally you become strong. But even today things do affect… You feel bad and you take it in a more matured manner… Maybe you can handle it much better.

Q: Rani – But then are you able to unwind from all the information when you are at home with the family?

A: Archana – No, I never take my office work to (my home). In 25-years of my career I have not taken a single file back home. That is all about the file and what all goes in my mind, others things also, even (during) 26 /11, I didn’t go home for 7 days… I was here. We had a taxi blast and all that happened. I didn’t go home. Even during Ganpati festivals, when you are in those kinds of postings, you don’t go home for many, many days. You just stay in the office and in your area. I have lot of hobbies. Lot of hobbies, means lot of hobbies.

Q: There has been a rise in horrific crimes committed by juveniles. 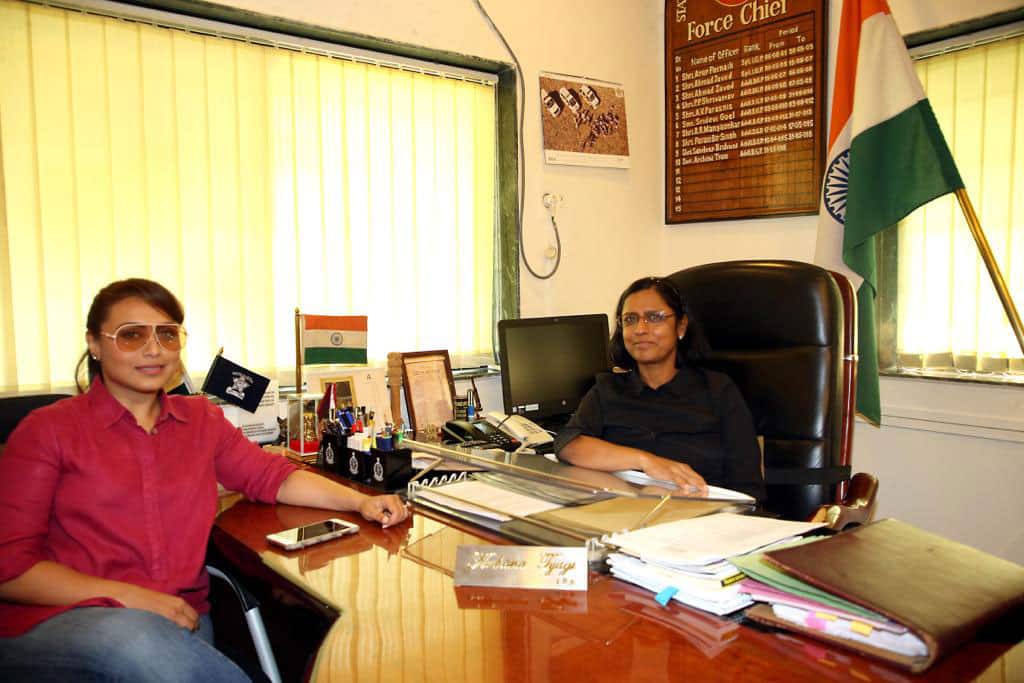 Q: Rani – How do you stay alert and your thoughts on how we as a society can do a bit to tackle it?

A: Don’t be complacent. One thing is that we think ki bachaa hai, you know, young hai toh you know, he is not capable of crimes. Complacency is not to be there. For women and the girls also they have to be alert all the time. We can’t say ki tum yeh kapde mat pehno, ya woh mat pehno. We can't say that, because women-girls have to be out and you know a workplace and all these things… But yes, alertness has to be there. You must get the signals. Women have you know that kind of you know say, they have that female instinct… use that, that should remain alive. See, we are women, we are not men. So hum agar hai female to humko apna you know, we have some sensibilities which we must be aware of. Aadmi Ban ke Kya karenge? That's not the point at all. We are raising our girl child to become you know to go out in the world and prove themselves but we are not training our male child to handle those women. That is what the problem is.

Mardaani 2' is a sequel to 2014 release 'Mardaani' and is produced by Aditya Chopra under Yash Raj Films banner. The film will hit the screens on December 13, 2019.

It has been helmed by Gopi Puthran.