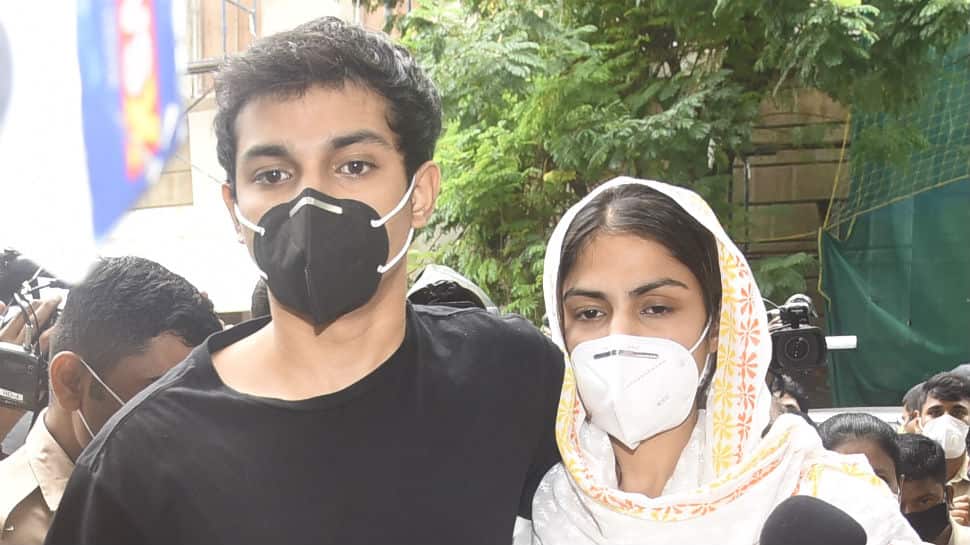 New Delhi: The Enforcement Directorate (ED) on Monday questioned actress Rhea Chakraborty, her father Indrajit Chakraborty and brother Showik Chakraborty for over nine hours in connection with the money laundering case related to the death of actor Sushant Singh Rajput.

According to sources, the ED officials investigated the phone records of conversations between Rhea, her father and her brother in the last one year. Also, deleted data from their phones was retrieved through Phone Dump Analysis.

Rhea was also quizzed about her Income Tax Return (ITR) of five years and her income. Of which she said she doesn't have much idea about. She told the officials that Shruti Modi and Ritesh Shah used to look after the profit and losses.

The actress also failed to inform the officials about her official source of income.

The ED had on July 31 registered a case on the basis of a Bihar Police FIR on the complaint of Sushant's father KK Singh, who alleged that Rs 15 crore was withdrawn or transferred from his son's bank account.

The ED had registered a case under the Prevention of Money Laundering Act (PMLA) against Rhea and her family members on the basis of KK Singh's complaint submitted at the Rajiv Nagar police station in Patna.

Meanwhile, Sushant's sister Mitu Singh will also record her statement with the ED officials today. She has been called at the office at 12 pm.

Sushant, who was found dead at his apartment in Mumbai on June 14, was in a relationship with Rhea. Sushant's father has accused Rhea of abetment to suicide, besides other offences.

The case was transferred to the CBI from the state police on August 7.

Locked and hitched: Star couples who got married amid lockdown