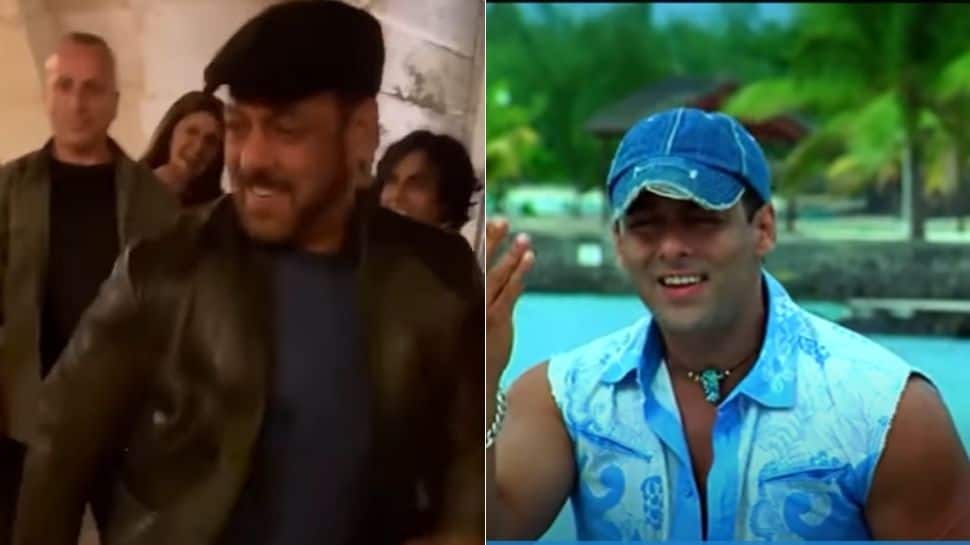 New Delhi: Bollywood megastar Salman Khan was seen recreating his steps from the popular song Jeene Ke Hain Chaar Din in Turkey in a viral video. The clip, shared by the actor's fan clubs, showed the actor impressing the Turkish crowds at a Sunday night soiree with his iconic dance moves.

In the video, Salman is seen wearing a black leather jacket over a dark blue T-shirt. She is also seen donning denim jeans with a stylish beret.

The audience was clapping and cheering him on as he did the popular 'towel step' enthusiastically. Fans were amused by the video and loved his energy in the short clip.

Post the Sunday evening fun, it appears the actor had a calm, sober morning enjoying the sunrise in Turkey as seen on his Instagram.

Salman Khan is currently in Turkey for the shooting of Tiger 3 along with co-star Katrina Kaif. The third instalment of the spy thriller franchise Tiger 3 is directed by Maneesh Sharma.

The first film, 'Ek Tha Tiger' directed by Kabir Khan was a big hit and so was the second instalment of it - 'Tiger Zinda Hai'. Fans are excited to witness the third part of the action series.

Apart from Tiger 3, Salman will next be seen in ‘Antim’ along with brother-in-law Aayush Sharma, the poster of which was revealed on Tuesday (September 7).