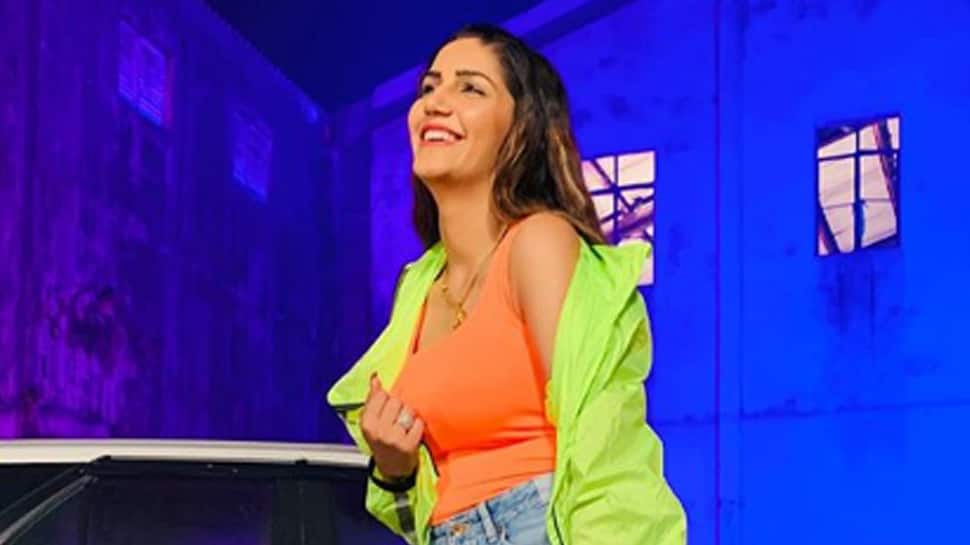 New Delhi: Popular Haryanvi singer-dancer Sapna Choudhary often takes the internet by storm with her desi avatar. A couple of weeks ago, Sapna announced her brand new song 'Gulabo Chori' which will be out soon. She made the announcement on social media app Instagram, wherein she has over 2 million followers.

Sapna is an avid social media user and often makes important announcements via Insta. The other times, she posts pictures of herself, making fans go gaga over her.

In her latest Instagram post, we see the talented singer striking a pose in an orange tank top and ripper jeas. She also has a neon green jacket to complete the look.

Coming to Bhojpuri cinema, Sapna was seen in a song titled Mere Samne Aake from Ravi Kishan starrer 'Bairi Kangana 2'. However, it was her dance on popular Haryanvi song 'Teri Aakhya Ka Yo Kajal' which got her instant fame and recognition.