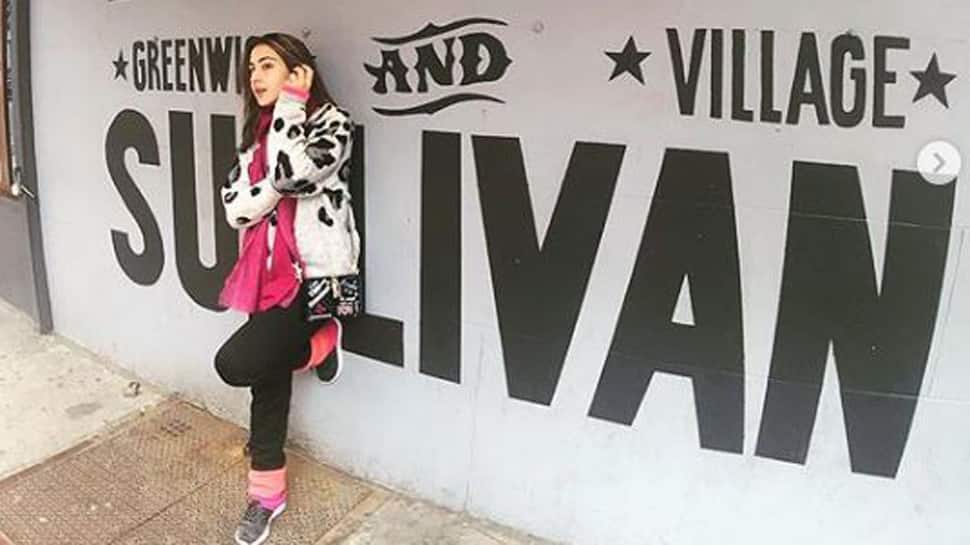 New Delhi: After wrapping up the Delhi schedule of her upcoming film with Imtiaz Ali, Sara Ali Khan took off to New York with her girl gang for a vacation. Sara has been holidaying in New York for over a week but now it seems that she has started to miss her mother Amrita Singh.

On Thursday, Sara took to Instagram to share a couple of pictures from NYC vacation. In one of the pictures, she can be seen sitting in front of a wall, that reads, "Found child call me!! Will wait in Louis Vuitton."She captioned the picture, "Not all those who wander are lost #major #mumma #missing."

Saif Ali Khan and Amrita's daughter Sara made her debut with Kedarnath opposite Sushant Singh Rajput. Post which she starred in Simmba, which went on to become a massive hit at the Box Office. The film also starred Ranveer Singh in the lead role.

Sara will be next seen in the sequel to Love Aaj Kal opposite Kartik Aryan. The Imtiaz Ali directorial starred Saif Ali Khan and Deepika Padukone. There were rumours that Saif will share screen space with daughter Sara in the sequel but the actor had denied all the rumours.

Apart from Love Aaj Kal 2, the young actress has bagged a role in the remake of Coolie no 1 opposite Varun Dhawan.

Disha Patani turns heads in a little black dress—Pic inside