And their pictures gave us some major couple goals.

New Delhi: Actor Shahid Kapoor seems to can't get enough of his dearest wifey Mira Rajput, who is a mother to their two adorable kids.

Shahid, who had a busy January due to the outdoor shoot for his upcoming film 'Kabir Singh', on Monday took time out of his schedule to take his better half out for a dinner date. And the adorable couple didn't mind getting captured by the shutterbugs.

Shahid and Mira were clicked outside a restaurant in Mumbai. While Shahid looked dapper in a blue sweatshirt and distressed denim, Mira looked hot as ever in a white cartoon-print shirt and wrap-around black miniskirt. She teamed up the outfit with white sneakers and kept her hair neatly tied. 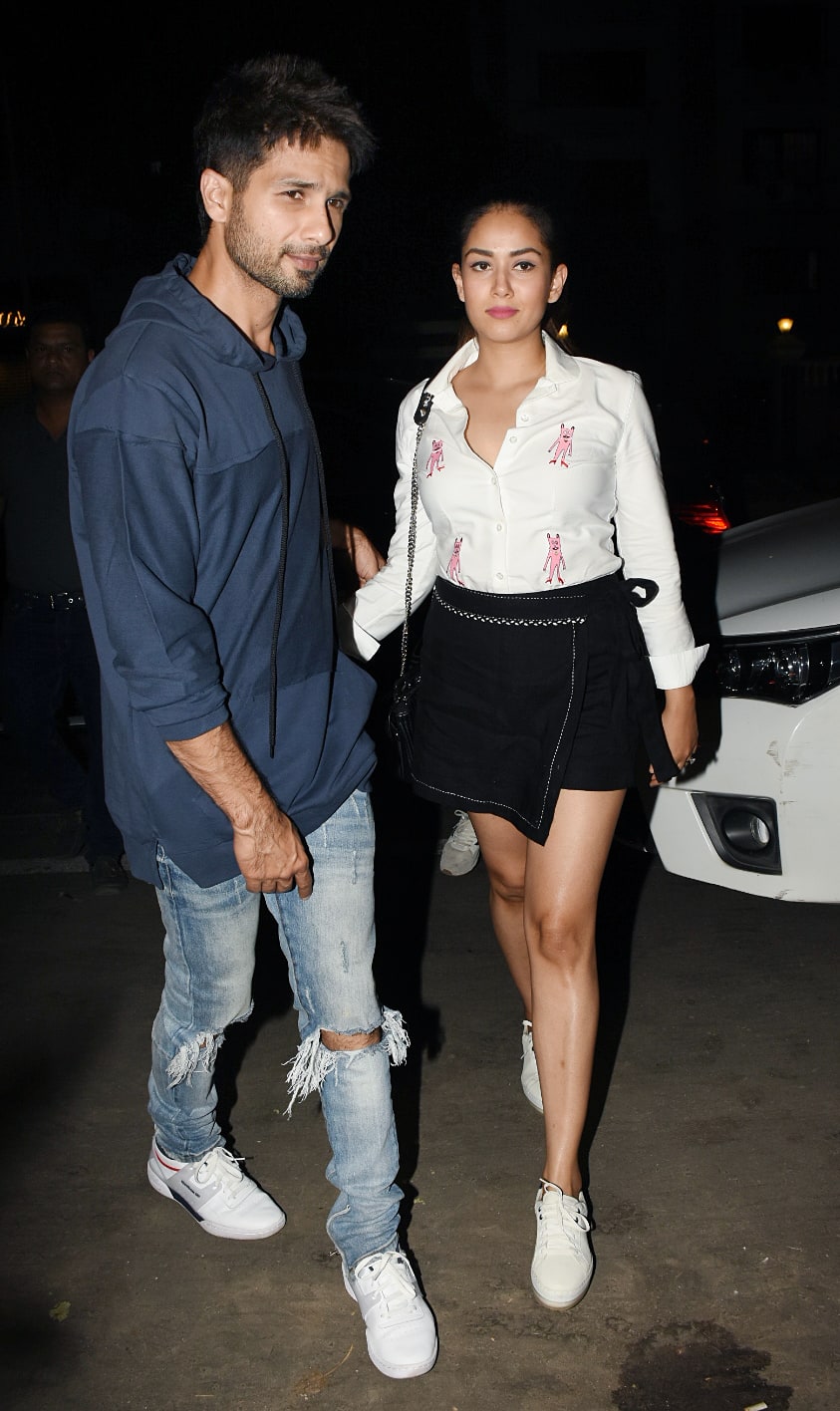 Shahid and Mira often shared pictures from their outings on their respective Instagrams which leave their followers spellbound every time.