The newly-wed actress, who was vocal about her feelings for Perry revealed that she wrote the tweet with more intentions than just to share her excitement with her followers. 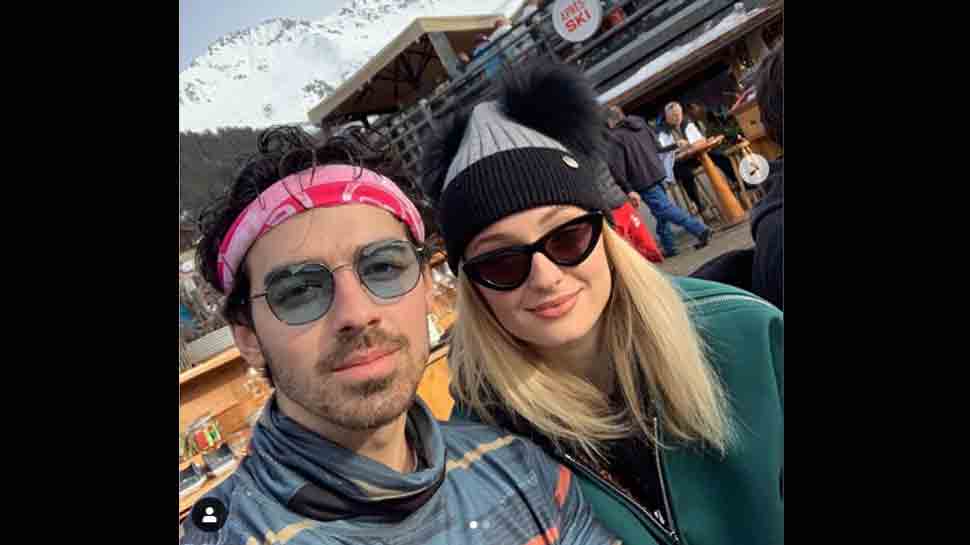 It seems that Sophie Turner before secretly tying the knot with Joe Jonas, had a soft corner in her heart for Matthew Perry and wanted to go on a date with the star.

On Friday, the 23-year-old 'Game of Thrones' actor appeared on 'Twitter's Behind The Tweets' series, where she confronted her several old tweets, including one that mentioned Perry's character on 'Friends', reported People.

In the tweet from 2016, Turner wrote about when she encountered 'Chanandler Bong', a fan-known reference of Perry's character Chanandler Bing on the long-running sitcom.

The newly-wed actress, who was vocal about her feelings for Perry revealed that she wrote the tweet with more intentions than just to share her excitement with her followers.

"I would walk around the corner every day to go to my local Budgens, which is a great little supermarket," she explained.

"And I would see Matthew Perry outside smoking a cigarette."

Adding, Turner shared, "I bought a lighter from Budgens so that I could walk up to him and offer to light his cigarette," but admitted, "It was already lit, so that was just embarrassing."

Knowing that her intentions to flirt had failed then, Turner said she had tried to seek the help of social media in hopes that Perry would read her tweet and will suddenly become interested in her.

"I thought he might see this tweet and I don't know, reach out to me and ask me on a date or something," she jokingly added. "But he didn't."

Though Turner was unlucky to go on a date with Perry, she didn't miss out much as now she is happily married to Jonas. The couple got engaged in October 2017 and tied the knot this May during a surprise Vegas wedding celebrations following the Billboard Music Awards.

Revealing about her plans of actual ceremony in France, Turner told Harper's Bazaar UK in May that they plan on making this celebration "as low-key as possible," People cited.

When Sandeep Reddy Vanga fell in love with Mumbai