Taimur will do a cameo in his mother Kareena Kapoor's upcoming film Good News. 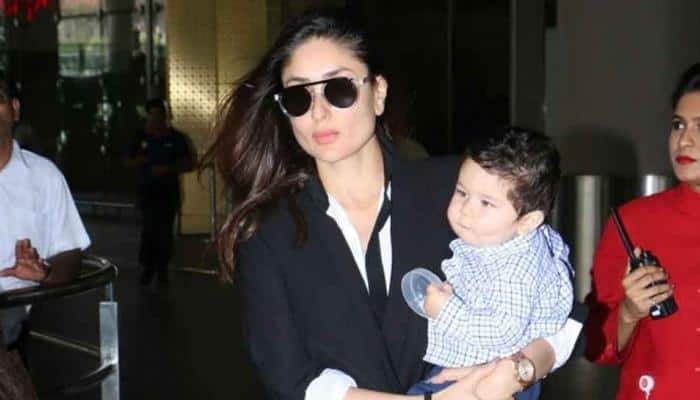 New Delhi: Finally the moment we have been waiting for has arrived. Nation's most-searched baby, Taimur Ali Khan is all set to make his Bollywood debut. Even before his big break, Taimur became the biggest superstar but now his followers will finally get to see him in action.

As per a BollywoodLife report, Tim will do a cameo in his mother Kareena Kapoor's upcoming film Good News.

"Kareena ma'am's boy Taimur will be seen in Good News. He has shot for two scenes and will be seen in the same frame as his mother and Akshay sir. The video which went viral was taken after Tim shot for his scenes. His cameo extends to nearly 10 minutes, " a reliable source told the publication.

The report further stated that everyone on set was elated to have Taimur around and it uplifted everyone's mood. A few days ago, Kiara Advani shared a video with Tim that went viral on social media. While we thought he paid a visit to his mother, he was actually there to shoot his part.

Kareena and Saif might not like the media attention that Taimur gets, but his cameo in the film is surely the best gift his fans could get.

Meanwhile, the cast of Good News includes Diljit Dosanjh, Akshay Kumar and Kiara Advani. This film reunites Bebo and Akki after a hiatus of 9 years. They last worked together in Kambakkht Ishq. Kareena will reportedly play the role of a pregnant woman in the film.

This would Kareena's second collaboration with Diljit Dosanjh. They were last seen together in Udta Punjab, which also starred her ex-Shahid Kapoor and Alia Bhatt in lead roles.

RGV announces his next titled ‘Sasikala'