Twinkle wished her husband by sharing a beautiful post dedicated to him and their 18 years of marriage. 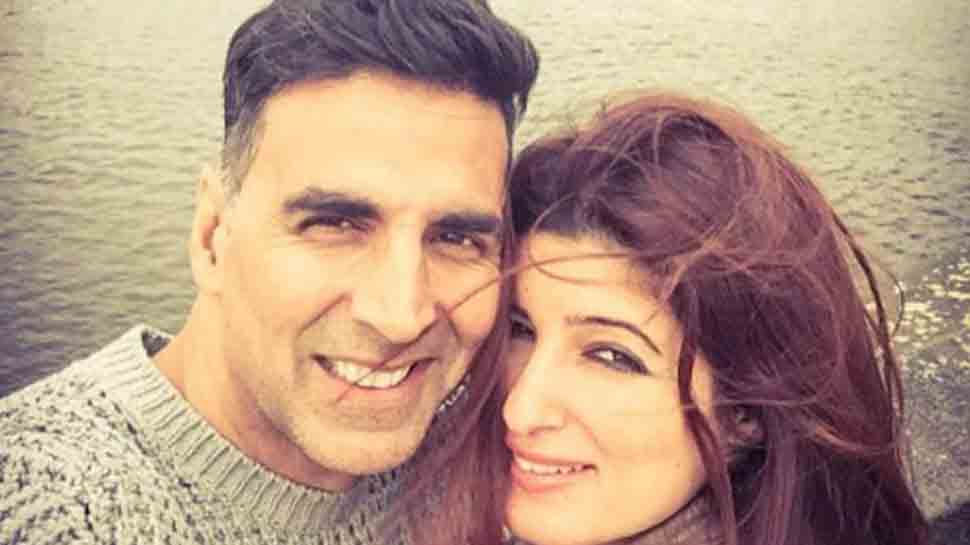 New Delhi: Twinkle Khanna wished her husband Akshay Kumar by sharing a beautiful post dedicated to him and their 18 years of marriage.

The 45-year-old actor turned author's first post shows her getting into a private jet. "What did your husband give you for your anniversary? Unfortunately, he didn't give me a private jet #18YearChallenge," she wrote along with the picture.

While the third photo shows Ranveer Singh giving a peck on Akshay's cheek. "What did your husband give you for your anniversary? Unfortunately, he didn't even give me a freshly wrapped Mr Singh just kept all the hugs for himself #18yearchallenge," she wrote alongside the snap.

Later, in a heartfelt post Twinkle revealed what Akshay did actually give her. She wrote, "What did your husband give you for your anniversary? Fortunately, he gave me 18 years of solid friendship, enough space so I could grow and somehow managed to hold my hand for a large part of the way. This is not the end-apparently we are just on page 120!"

This cute post by the 'Mrs Funnybones' author, who is usually known for her witty and sassy replies, is surely going to melt your hearts!

Twinkle and Akshay tied the knot on January 17, 2001, and are proud parents to two adorable children, Aarav and Nitara.

On the work front, Twinkle is winning hearts with her books and columns. Meanwhile, Akshay was last seen in '2.0'. He is now gearing up for the release of his next film 'Kesari', which also stars Parineeti Chopra. The actor will also be seen in 'Mission Mangal', 'Good News' and 'Housefull 4'.