As actor Ajay Devgn turned 50 on Tuesday, his wife and actress Kajol shared a heartwarming message for him, saying that he looks "more handsome" now. 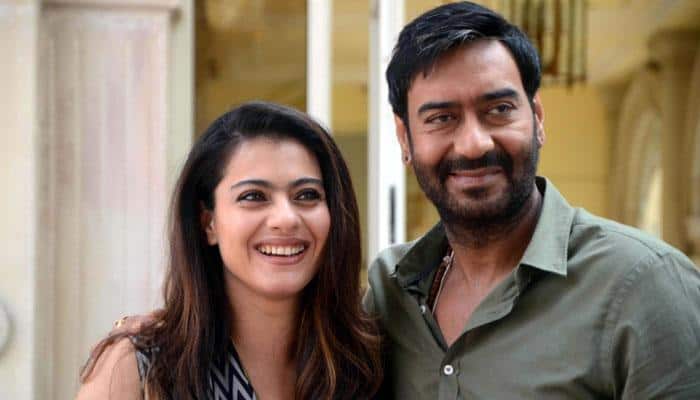 Mumbai: As actor Ajay Devgn turned 50 on Tuesday, his wife and actress Kajol shared a heartwarming message for him, saying that he looks "more handsome" now.

Kajol on Tuesday morning shared on social media a photograph of herself and Ajay, whom she called a "dauntingly serious husband".

"Happy birthday to my dashing, debonair, dauntingly serious husband. I just seriously wish you a wonderful day and year ahead. And I seriously think you are more awesome at 50," she captioned the image.

The two got married in 1999 and the couple have two children, Nysa and Yug.

Ajay has won two National Film Awards and was also feted with the Padma Shri, the fourth-highest civilian honour of the country. He owns a production company Ajay Devgn FFilms, which was established in 2000.

On completing 50, Ajay treated his fans with the trailer of his upcoming film "De De Pyaar De".

His friends and colleagues took to Twitter to wish him:

Abhishek Bachchan: Happy birthday to the big brother. Only Love and respect. Have a great day AJ.

Madhuri Dixit Nene: Happy Birthday Ajay Devgn it has been so much fun working with you on 'Total Dhamaal'. Keep shining and making us laugh at your hilarious one-liners. Hope this year continues to be a 'Total Dhamaal' for you.

Bhushan Kumar: Here's wishing the versatile superstar and one of the most humble human beings @ajaydevgn a very Happy Birthday! May this year be filled with lots of love, goodness and success.