Rana Daggubati releases an intriguing trailer of Taapsee’s Game Over

The much-awaited trailer of Taapsee Pannu’s upcoming horror thriller Game Over was released by actor Rana Daggubati on May 30 and it is going viral for its intriguing plot. The film will be released in Tamil, Telugu and Hindi. 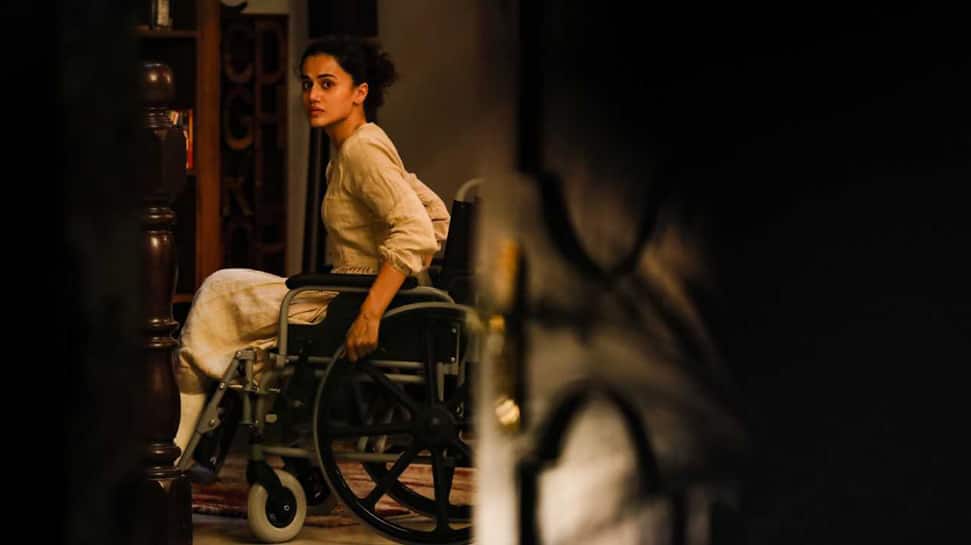 The much-awaited trailer of Taapsee Pannu’s upcoming horror thriller Game Over was released by actor Rana Daggubati on May 30 and it is going viral for its intriguing plot. The film will be released in Tamil, Telugu and Hindi.

Rana Daggubati, who released the trailer of the film took to Twitter to share the trailer and wrote, “Here it is!! A pleasure to release the Telugu trailer of #GameOver starring my favorite @taapsee. Best wishes to @sash041075 and @StudiosYNot keep reeling these fun edgy stories!! #YouHaveSeenNothingLikeThis @Ashwin_saravana @chakdyn @venupro.” (sic)

Actor Taapsee Pannu also shared the trailer and wrote, “Here’s the trailer of this game. Player 1 shall join you in theatres on 14th June #GameOver @Ashwin_saravana @anuragkashyap72 @StudiosYNot @RelianceEnt.” (sic)

This two-minute-long video features Tapsee in the role of a game designer, who gets paranoid when it is dark. A maid named Kalama will be helping and living with Tapsee to cope with the situation. Anish Kuruvilla will be seen playing a psychiatrist in this film.

Taapsee plays the role of a survivor who has lived through past trauma and is now suffering its reaction on the anniversary of the incident. The trailer shows that maybe her fear is not completely unfounded because there’s a brutal serial killer on the loose, murdering women.

The trailer of the film was today released in Tamil and Hindi too. ‘Game Over’ is slated for release on June 14 with music composed by Ron Ethan Yohann.