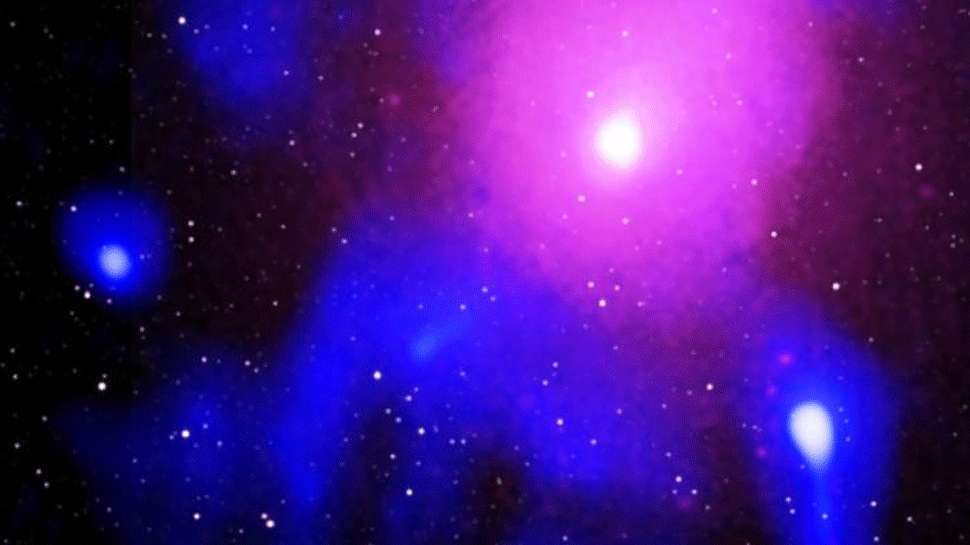 "In some ways, this blast is similar to how the eruption of Mt St Helens in 1980 ripped off the top of the mountain," Simona Giacintucci, a lead author of the study and director of research at the Naval Research Laboratory in Washington, DC, said. "A key difference is that you could fit fifteen Milky Way galaxies in a row into the crater this eruption punched into the cluster`s hot gas,’’ she added.

Astronomers made this discovery using X-ray data from NASA’s Chandra X-ray Observatory and ESA`s XMM-Newton, and radio data from the Murchison Widefield Array (MWA) in Australia and the Giant Metrewave Radio Telescope (GMRT) in India.

According to the study, the energy that created the explosion was five times greater than MS 0735+74, once known as the largest and most powerful explosion. The unrivalled outburst was detected in the Ophiuchus galaxy cluster, which is about 390 million light-years from Earth, according to the study.

Galaxy clusters are the largest structures in the Universe held together by gravity, containing thousands of individual galaxies, dark matter, and hot gas. In the centre of the Ophiuchus cluster, there is a large galaxy that contains a supermassive black hole. Researchers think that the source of the gigantic eruption is this black hole.

Although black holes are famous for pulling material toward them, they often expel prodigious amounts of material and energy. This happens when matter falling toward the black hole is redirected into jets or beams, that blast outward into space and slam into any surrounding material.

First hints of the giant explosion in the Ophiuchus galaxy cluster was revealed by the observations made by the Chandra observatory in 2016 by Norbert Werner and colleagues. The new study, which was published on Thursday in The Astrophysical Journal, reveals the explosion and confirms the cavity initially detected in 2016.