Situated 7,000 light years away from Earth in the constellation Pegasus, the star is so rare that it's only one of seven identified by astronomers in the Milky Way. 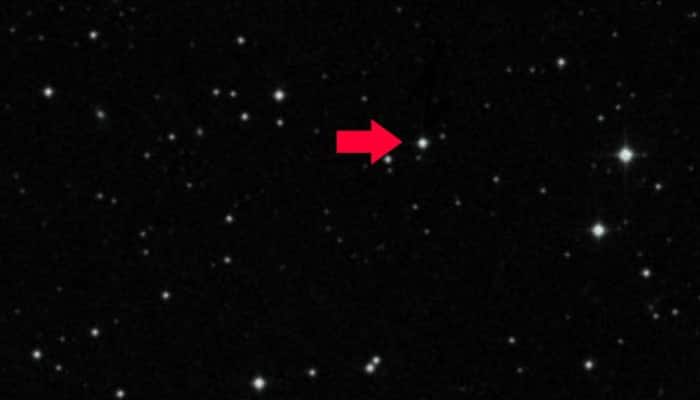 New Delhi: Astronomers have spotted a rare star as big - or bigger - than the earth's Sun and that is expanding and contracting in three different directions simultaneously.

Situated 7,000 light years away from Earth in the constellation Pegasus, the star is so rare that it's only one of seven identified by astronomers in the Milky Way.

Called a variable star, it is one that pulsates and so is characterised by varying brightness over time.

"It was challenging to identify it," said astronomer Farley Ferrante, a member of the team that made the discovery at Southern Methodist University in Dallas, Texas.

The Milky Way has more than 100 billion stars. But just over 400,900 are catalogued as variable stars.

Of those, a mere seven - including the newly-identified one - are the rare intrinsic variable star called a Triple Mode 'high amplitude delta Scuti' or Triple Mode HADS(B), for short.

"The discovery of this object helps to flesh out the characteristics of this unique type of variable star. These and further measurements can be used to probe the way the pulsations happen," Robert Kehoe, Professor at Southern Methodist University (SMU), said.

"Pulsating stars have also been important to improving our understanding of the expansion of the universe and its origins, which is another exciting piece of this puzzle," Kehoe said.

The star was initially discovered by a high school student in an SMU summer astronomy program upon culling through archived star observation data recorded by the small but powerful ROTSE-I telescope formerly at Los Alamos National Laboratory in New Mexico.

After successful mega-launch, ISRO planning to put SAARC satellite into orbit next month