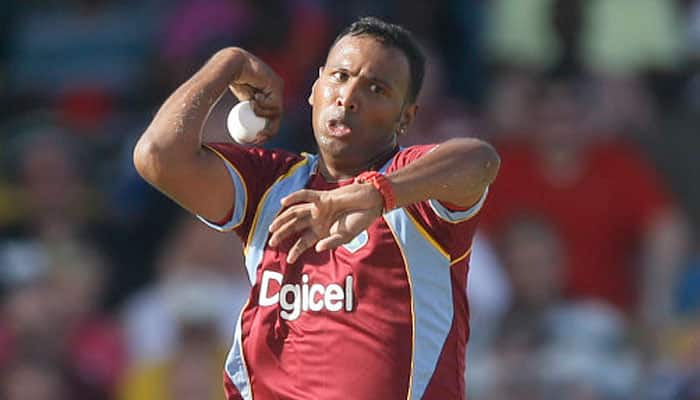 New Delhi: The fifth season of the revamped Big Bash League continues to produce impressive performances. But on Thursday, Brisbane Heat celebrated in special fashion with Chris Lynn and Samuel Badree recording personal milestones in their win over Melbourne Stars.

After skipper Lynn's five consecutive sixes in a single over of Ben Hilfenhaus, Heat bowler Samuel Badree rocked Stars with his legbreaks.

The 34-year-old West Indies spinner took five wickets inside three overs to bamboozle the Stars at Melbourne Cricket Gound in their BBL macth.

His spell of 4-0-22-5 is the second best bowling figures in the tournament, behind Lasith Malinga's 4-1-7-6 for Stars against Perth Scorchers in 2012.

After posting a challenging total of 188, thanks to a belligerent 56 off 24 which included those five sixes, Heat started their defence with spinner Badree.

And the top-ranked T20 bowler struck in the first over itself, cleaning up Luke Wright's wicket off the third delivery. In his second over, Badree removed another Englishman in the dangerous Kevin Pietersen. Two balls later, the Trinidad cricketer got the better of Victoria all-rounder Marcus Stoinis.

In his third over, he removed the wickets of Peter Handscomb and Rob Quiney of successive balls, off the fifth and sixth delivieries. But Badree failed to complete a rare hat-trick as his fourth and final over went wicketless, even as Stars were reduced to a rather precarious looking score of 30 for 5 by the end of seventh over.

The hosts won the match by 56 runs. Josh Lalor and Mitchell Swepson shared the remaning four wickets between them. For the losing side, Evan Gulbis was unbeaten with 61 off 52 deliveries, highest in their total of 132/9.