Thakur also gave signals that Ravi Shastri could also be considered for a long-term role. 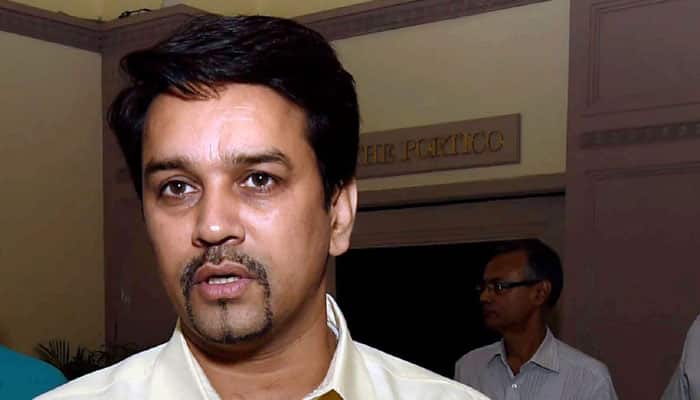 New Delhi: New Delhi: Team India will be playing the ICC World T20, scheduled to start in March 2016, without a chief coach as the Board of Control for Cricket in India (BCCI) secretary Anurag Thakur on Monday made it clear that India will get a full-time coach after the prestigious event.

"There has been a demand for a full-time coach for a long time. We had decided that Ravi Shastri will be the Team Director till the World T20. We do not want to do anything between the season but we also need to decide on the future.

We will be playing 13 Tests next season. Like a team is selected series to series, we need to have full-time coach," Thakur told PTI.

Thakur also hinted that the high-profile advisory committee, comprising Sachin Tendulkar, VVS Laxman and Sourav Ganguly, will also play a role in the appointment of the coach.

"The decision will be taken in consultation with the Advisory Committee (Tendulkar, Laxman and Ganguly). We might decide on a coach even before the World T20 but the proper announcement will only happen post tournament," the BCCI secretary said.

Thakur also gave signals that Ravi Shastri could also be considered for a long-term role.