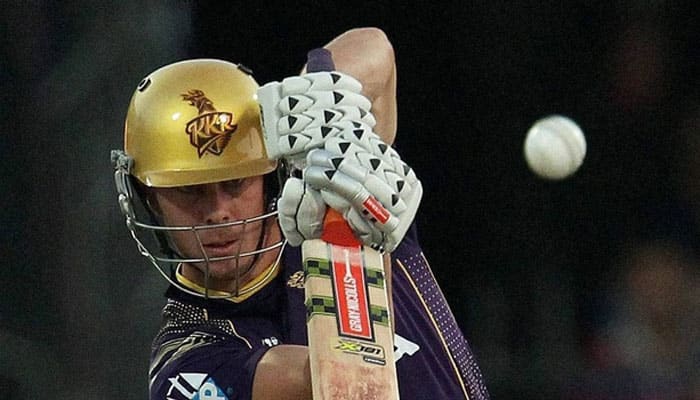 Lynn, 25, hit five consecutive sixes in a single Ben Hilfenhaus over during Heat's BBL match against Melbourne Stars at Melbourne Cricket Ground. He has hit 27 sixes in this edition of the T20 tournament — a record in a single season.

The record making feat came in the first innings of the match, in the sixth over, as Stars skipper David Hussey threw the ball to Hilfenhaus.

Lynn was already going smooth, having scored 20 from 13 balls, but the real hitting came soon after Hilfenhaus' first delivery off the over, a slower one which was gently pushed to cover for a dot.

It was followed by a 123 metre-long hit, probably one of the biggest sixes of the season, with the ball deposited at the deep square leg stands.

The third ball of the over, and it was dispatched, over the deep midwicket. A relatively smaller one, though, but with the same result — a six.

But the fourth delivery from Hilfenhaus was asking to be hit. And Lynn hit the low full toss on the leg with a flick, behind the square.

Another slower delivery, with clear intention to flummox a batsman in carnage. But Lynn made made the contact good enough and hit the sight-screen.

Last delivery of the over, and another low full-toss from the Aussie international. Lynn clears his stance and hit straight to reach 50 off 18 balls, 30 runs coming from the last five deliveries.

The right-handed batsman was eventually dismissed for 56 off 24 balls, but not before helping his team to a good total of 188/7.