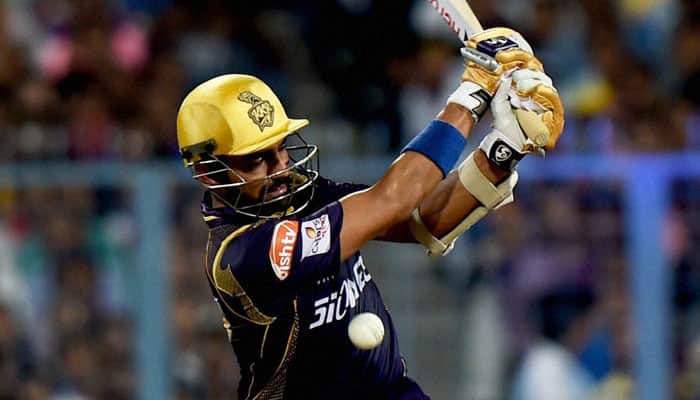 Playing the formidable CSK for a second time in two days, KKR, who lost by two runs chasing 135 in the first leg clash, had a stiffer target of 166 to chase at the Eden Gardens after skipper Gautam Gambhir won the toss and once again opted to field. 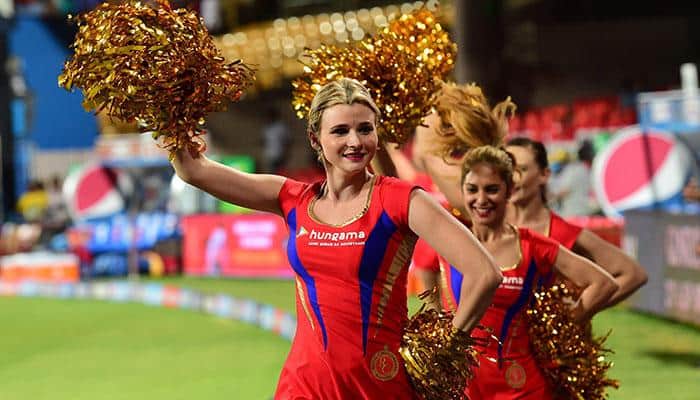 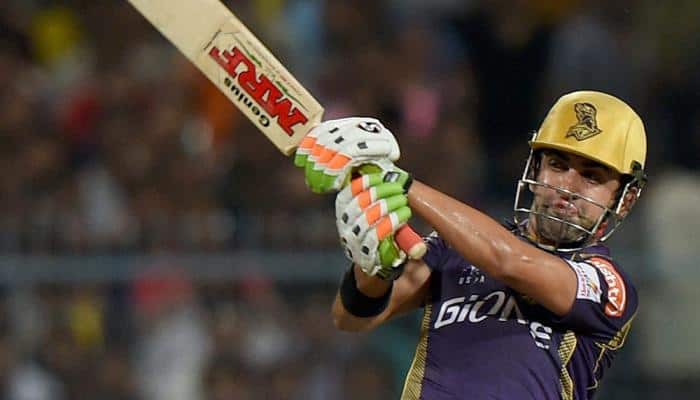 Chasing the target, KKR found themselves in a familiar position as they were reduced to 57 for three. But last season's top rungetter Robin Uthappa finally came good to steer the chase with a 58-ball unbetean 80, his 14th IPL fifty and first in this season. He struck seven boundaries and one six during his knock.

Uthappa found a perfect ally in West Indian Russell who blasted 59 off 32 balls as the duo put together unconquered 112 runs off just 62 deliveries for the fourth wicket to avenge their loss in Chennai few days back.

By virtue of this win, KKR (8 points) moved past RCB (7) to the third spot in the table but CSK remained at top with 12 points. But the defending champions started their chase in a terrible fashion. On a day when it was required for their batsmen to seize momentum given by Hogg's incisive four for 28-run brilliant spell, their misery continued after skipper Gautam Gambhir (19), Manish Pandey (3) and Suryakumar Yadav's (2) early dismissals.

Debutant Ronit More took an impressive catch on the edge of the third-man boundary to dismiss Gambhir off Mohit Sharma (1/22). As KKR went into a shell and with the asking rate going up, Dhoni smartly brought in his inexperienced duo of Pawan Negi and More, who did not disappoint either by dismissing Pandey and Suryakumar Yadav respectively.

But Uthappa and Russell ensured that the packed house did not return disappointed. Uthappa brought the crowd back on their feet when he slammed Ashish Nehra over his head and followed it up with two fours in the 15th over in which the veteran India seamer leaked 15 runs.

Russell struck Ravindra Jadeja for one four and six in the next over that yielded 14 runs as from then onwardsthe victory looked a formality for KKR with the hosts just needing 34 from 24 balls. Earlier put into bat, CSK were off to an explosive start, courtesy Brendon McCullum's 12 ball 32 (3x4s, 3x6s) and Faf du Plessis' 11-ball 20 (5x4s), but the 44-year-old Hogg, who had come in as replacement for Sunil Narine, lived up to the faith by returning with magnificent figures of for for 29.

Hogg claimed the prized scalps of McCullum and Du Plessis in his first over and completed his spell with the wickets of Ravindra Jadeja (24 from 30 balls; 1x4, 1x6) and Pawan Negi (27 from 13 balls; 4x4s, 1x6) to restrict CSK to 165. With McCullum looking ominous at a strike rate that almost touched 300, CSK had stepped on the gas very early after the first ball dismissal of Dwayne Smith, who was brilliantly caught by a diving Ryan ten Doeschate at point off Pat Cummins.

There were raining sixes and fours all over the park with McCullum at his murderous best as CSK were 52 for 2 after Gambhir bowled his two pacers Cummins and Yadav in tandem. He brought in Chawla in the fifth over with Du Plessis on strike and the South African matched his explosive Kiwi partner by smashing the leggie for three boundaries as KKR bowlers looked ordinary without Narine, who was ruled out off the tournament after being called for suspected bowling action for a second time.

T20 format's prized score of 200 was looking inevitable for CSK but a 44-year-old Australian turned around the fortunes for KKR striking twice in his first over. Hogg dismissed McCullum LBW with his first ball after the latter tried to go for an expansive pull but failed to read the bounce and then in the fifth ball Du Plessis stepped out only to be stumped by wicket-keeper Robin Uthappa.

All pumped up, KKR employed four fielders -- slip, leg slip, silly point and forward short leg -- around CSK skipper Mahendra Singh Dhoni in the next delivery. Dhoni (1) could survive just four balls before being castled by a Chawla wrong one as KKR bounced back in the game, even as CSK were 72 for five after 7 overs.

Bravo and Jadeja ensured that there was no further damage as they batted sensibly putting on 50-run together in as many balls. After the duo's dismissals, Negi played a fine cameo when he smashed a wayward Cummins (1/54) for three boundaries in an over before Hogg once again made his presence felt.