ISL 2015: FC Pune City vs Delhi Dynamos - Players to watch out for

FC Pune City and Delhi Dynamos FC will be engrossed in an exciting battle in match No. 11 on Wednesday. 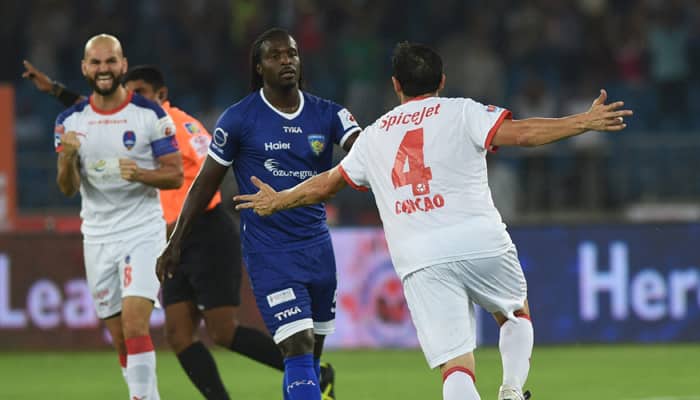 New Delhi: FC Pune City and Delhi Dynamos FC will be engrossed in an exciting battle in match No. 11 on Wednesday in the Indian Super League (ISL) 2015 at the Shree Shiv Chhatrapati Sports Complex Stadium in Pune.

The Stallions have won their opening two games, making them the only team to still have a 100% record in the league. Pune could go back to the top of the table if they beat Dynamos on Wednesday.

Meanwhile, Delhi will also be confident heading into their third match of the season after a 1-0 win over Chennaiyin FC in their last game at home.

Pune have scored four goals in the opening two games and it will be a tough ask for the Delhi defenders to keep their opponents at bay.

We look at players who could make a major impact in the game for both the teams.

Adrian Mutu (FC Pune City): Adrian Mutu looked sharp and showed enough promise in the first match. He needs to get closer to full-match fitness and that can see him dictate terms. The Romanian hitman missed out on the scoresheet against Chennai in his side's vicrtory but could get propelled to make a mark on Wednesday. His movement and skills could be pivotal for the hosts.

Gustavo dos Santos (Delhi Dynamos): Gustavo dos Santos has looked lively so far and his ability to drift into wide positions in search of space could make him look dangerous. The youngster was credible for his impressive show against Chennai as his pace and penetration created trouble for the latter's defence. His run from the left had led to Delhi’s penalty in their last match. Santos will look to cause trouble for the home team.