Italian striker Ciro Immobile has admitted he finds the Bundesliga tougher than Italy`s Serie A as he adapts to life in Germany`s top flight. 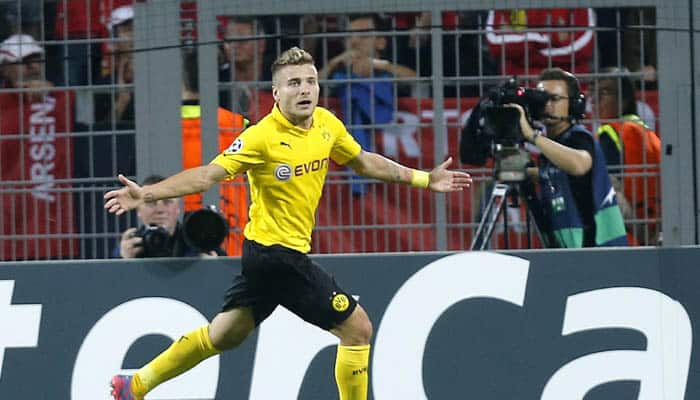 Berlin: Italian striker Ciro Immobile has admitted he finds the Bundesliga tougher than Italy`s Serie A as he adapts to life in Germany`s top flight.

"In the Bundesliga league, even the small teams run themselves into the ground. In any case it is a tougher league.

"The Italian defenders are perhaps a bit better schooled tactially, but physically the Germans are often better, quicker and they push forward more."

Immobile switched from Serie A`s Torino to Dortmund before the start of the season for 19.5 million euros (US$24.6m) and after five Bundesliga games he has one league goal to his credit.

He impressed on his Champions League debut for Dortmund by scoring in a 2-0 home win against Arsenal a fortnight ago.

But despite his European heroics, he acknowledges having his work cut out to replace Poland striker and ex-Dortmund hot-shot Robert Lewandowski, who has joined Bayern Munich.

"His name will always remain here, that is normal. He did fantastic things with Borussia," said the 24-year-old Immobile.

"It is the same thing as with my name in Turin.

"I am very proud to be Lewandowski`s successor -- and happy that I have been given the trust."

The Italian struggled upfront alongside Colombia`s Adrian Ramos as Dortmund lost 2-1 at rivals Schalke 04 on Saturday in the Ruhr Valley derby.

The defeat left Jurgen Klopp`s Borussia winless in their last three games since their home win over Arsenal in the Champions League and 12th in the Bundesliga table.