After Wayne Rooney broke Bobby Charlton`s national goal-scoring record by scoring his 50th England goal, we look back at the highs and lows of his 12-year international career. 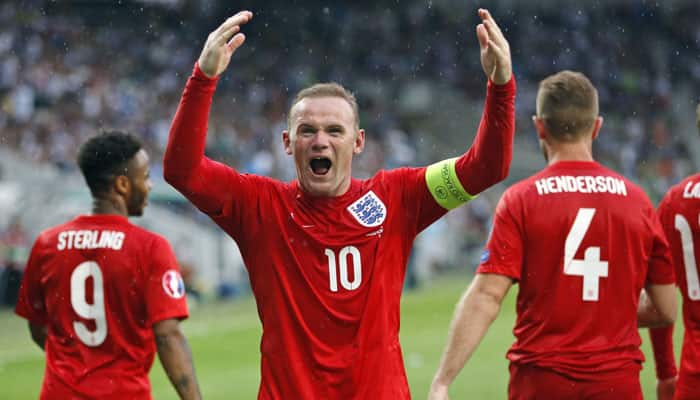 London: After Wayne Rooney broke Bobby Charlton`s national goal-scoring record by scoring his 50th England goal, we look back at the highs and lows of his 12-year international career:

Youngest England goal-scorer: Rooney lost his record as England`s youngest player to Theo Walcott in May 2006, but he remains his country`s youngest ever goal-scorer. He opened his England account at the age of 17 years and 317 days with an 18-yard half-volley in a 2-1 win away to Macedonia in September 2003.

Euro 2004 explosion: Rooney`s emergence as a global star can be traced back to the 2004 European Championship in Portugal, when he terrified opposition defences with his direct running as England reached the quarter-finals. His four goals saw him named in UEFA`s Team of the Tournament and he left boyhood club Everton for Manchester United shortly after in a £27 million ($41.3 million, 36.8 million euros) transfer.

Captaincy: After Steven Gerrard retired in the aftermath of England`s group-phase elimination at last year`s World Cup, Rooney was handed the captaincy by manager Roy Hodgson. "As a kid I always loved the occasion of watching a big England game on the television," Rooney said. "Back then I had a burning ambition to play for my country. Now to be appointed captain is beyond my wildest dreams."

Record goal-scorer: After becoming the ninth England player to reach 100 caps against Slovenia last November, Rooney broke Charlton`s 45-year-old England scoring record by netting in a Euro 2016 qualifier at home to Switzerland. The moment of history arrived in the 84th minute, with Rooney blasting a penalty into the top-left corner after Raheem Sterling was fouled by Granit Xhaka.

Metatarsal woe: Rooney was tipped to become one of the stars of the 2006 World Cup after two impressive seasons with United, but he broke a bone in his foot in a 3-0 defeat at Chelsea just six weeks before the tournament began. After undergoing intensive treatment, he was declared fit to play in Germany and strode into the England team hotel booming: "The big man is back in town!" But his tournament ended in disgrace when he was sent off in the quarter-finals for stamping on Portugal`s Ricardo Carvalho.

Broadside at fans: Rooney top-scored for England with nine goals in qualifying for the 2010 World Cup, but he flopped at the tournament in South Africa, where Fabio Capello`s side were humiliated by Germany in the last 16. The burly striker snapped as he walked off the pitch following a dismal 0-0 draw with Algeria in the group phase, sarcastically scowling at a television camera: "Nice to see your home (own) fans booing you!"

Seeing red in Podgorica: Rooney was thought to have overcome his disciplinary issues prior to the Euro 2012 qualifying campaign, only to be sent off for angrily kicking out at Montenegro defender Miodrag Dzudovic in England`s last match in Podgorica. His ban was reduced from three matches to two on appeal, but he still missed England`s first two games of the tournament in Poland and Ukraine.

Disappointment in Brazil: Rooney went to the 2014 World Cup in Brazil vowing to enjoy the experience, but he met with disappointment once again as England crashed out in the group phase for the first time since 1958. Rooney ended his long wait for a first World Cup goal against Uruguay, but saw his place in the team called into question due to the emergence of Raheem Sterling.