AIFF sees merger of ISL, I-League as only situation in future

As the ninth edition of the I-League was officially launched, the possibility of the competition getting merged with the Indian Super League (ISL) surfaced up as the debate continued. 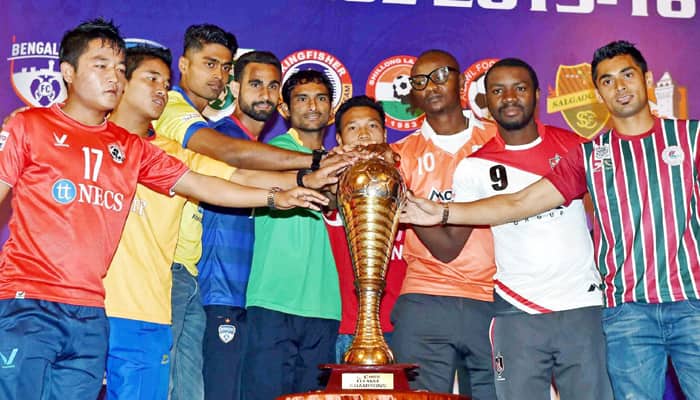 New Delhi: As the ninth edition of the I-League was officially launched, the possibility of the competition getting merged with the Indian Super League (ISL) surfaced up as the debate continued.

All India Football Federation (AIFF) general secretary Kushal Das had admitted on Wednesday that the sport is in a state of confusion and the only way to end the same would be by merging the I-League and ISL together.

Kushal Das has stated that the current situation in the game suggests that the AIFF needs a single league. Therefore a merger of the I-League and ISL is being thought upon.

As the I-League kicks off on Saturday, defending champions Mohun Bagan are set to take on debutants Aizawl FC in a crucial encounter in Barasat, West Bengal.

The I-League has been restricted to a paltry nine-team affair this year as the likes of Pune FC, Bharat FC and Royal Wahingdoh pulled out from the competition. Meanwhile, Pune's DSK Shivajians is a new entrant through direct bidding.

Mentioning the reasons behind the three teams pulling out of the I-League, Das said that the tournament has been marred by several issues and monetary problems. He stated that Bharat FC didn't have any vision or plan and therefore their exit isn't a matter of concern.

North East club Royal Wahingdoh exited the I-League due to financial restrictions. On the other hand, Pune FC, who were praised for their professionalism and structure, failed to continue after not being able to create a proper fan base. This reason was cited by Das as the main reason behind the owners decision to pull out from the league.

Reports also stated that some established teams in the I-League could miss the bigger venture after a merging with the ISL. With bigger investment needed by the clubs that will be merged, financial issues could set a roadblock.

Lastly, the AIFF is also planning a FA Cup (England) kind of tournament where teams, who miss out on the merged league, can take part in the competition. Talks could be held with the AFC to ensure that winners of the tourney can represent the country in some Asian tournament.