Wawrinka congratulated Zverev calling him the future of tennis. 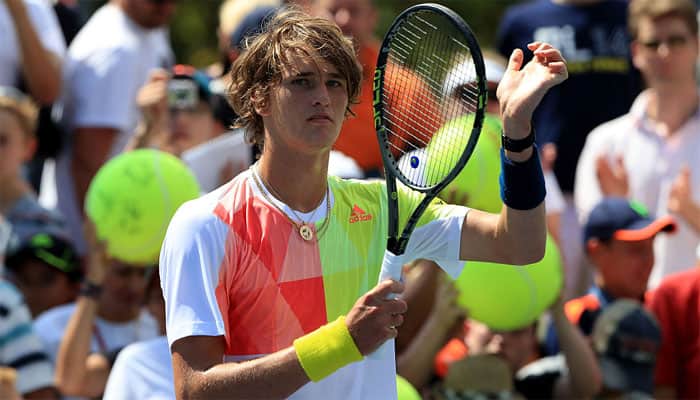 Zverev, the 19-year-old Monte Carlo resident, came into the final full of confidence and broke the Swiss top seed`s serve twice for a one-set lead in 39 minutes.

In the second set, world number three Wawrinka, who has won 11 of his previous ATP finals, also broke twice to level at one-set all after one hour 22 minutes on court.

Wawrinka, 31, broke early in the deciding set but the 27-ranked Zverev broke back twice to close out his win in two hours 23 minutes.

"I`m full of emotions! I just couldn`t have chosen a better place to win my maiden title," said Zverev, who has Russian origins, at the hardcourt of Sibur Arena.

"It was really hard when I was trailing 3-0 in the deciding set but I forced myself to keep on fighting. And now I`m really happy with my win."

Wawrinka congratulated Zverev calling him the future of tennis.

"You`re the future of the tennis but you`re already at the top," the Swiss said.

"Today you`ve played a great match and won deservedly. My congratulations for what you`re doing so far."